After a volatile year, what lies ahead in the next 12 months? 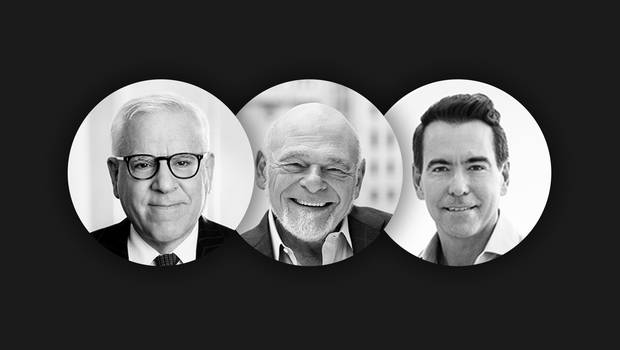 SS&C Intralinks’ first Alternative Investments Global Virtual Summit 2020 wrapped up with “Addressing the Global Industry’s Outlook for 2021” moderated by Steve Liesman, CNBC senior economics reporter. After an introduction by SS&C Technologies Chairman & Chief Executive Officer Bill Stone, Orlando Bravo, founder and managing partner of private equity (PE) fund Thoma Bravo, David M. Rubenstein, co-founder and co-executive chairman of The Carlyle Group, one of the world’s largest and most successful private investment firms, and Sam Zell, discussed a range of topics, including the implications of COVID-19 and their respective outlooks for 2021.

The panel opened with a look at the recent IPO of online vacation rental platform Airbnb and its more than USD 100 billion valuation which all panelists agreed was “staggering.” They attributed the valuation to extraordinary levels of liquidity in the market as well as a general fear of missing out on “the next Facebook.”

Looking into the future

The conversation then turned to the change in working patterns as a result of the pandemic and what the long-term implications would be. Zell doubted if there would be a lasting, substantial increase in the number of people working from home because “people are social animals, constantly learning from each other and motivating by modem simply does not work in the long term.” Rubinstein felt it would take much of 2021 to return to normal but that working from an office would return with some tweaks. “All of us on this session will have done the round trip to Abu Dhabi and Singapore for a one-hour meeting in the past — that’s probably not going to happen so much in the future,” he said.

Rubinstein also raised the issue of workplace culture, stating its critical importance to the success of a business and the challenges of maintaining a certain business culture when you cannot see your co-workers.

Speaking from a tech investor’s perspective, Bravo agreed adding, “brainstorming new ideas and inspiring your team simply does not work in the long-term when working from home.”

Throughout the discussion, the panelists touched on several investment trends to look out for in the coming months, including family offices increasingly acting as PE funds, the desire of investors to invest alongside well-known family names as well as a need for more equity in transactions.

The panelists also spoke about the strong valuations they continue to see across the market, a fear of missing out among investors along with an increased focus on strong brands, once again citing the Airbnb IPO as a demonstration of these trends in action.

The panel wrapped up with an outlook on the post-pandemic economy with all panelists saying they were extremely optimistic.

Orlando predicted a V-shaped recovery fueled by abundant liquidity and a strong sense among dealmakers to “get on with things.”

Zell stated that while many people draw comparisons with the recession of 2008/2009, he thinks the comparison is not helpful.

“That recession was because the economy sucked and that is simply not the case now,” he argued. “Yes, there are sectors that have suffered and will suffer, like the hospitality industry, but, overall, the economy is doing great.”

To watch the discussion or listen to the podcast in its entirety, click the play button below.

Podcast on the go