Is the SPACs Trend Here to Stay? A Panel of M&A Dealmakers Weigh In [Video]

In a robust deal market bursting with soaring valuations and low interest rates, corporate acquirers and private equity are fiercely competing. Meanwhile, a wave of SPACs — an alternative to the traditional IPO — are flexing their well-capitalized muscle. What are the best methods to stay competitive? 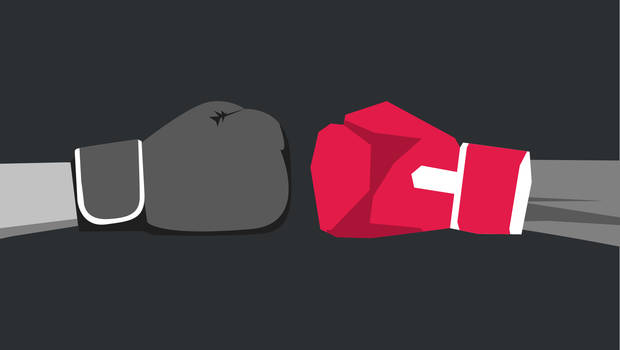 The second panel discussion of the SS&C Intralinks Virtual M&A Summit titled “The Battle for Deals” was a deep dive into special purpose acquisition companies (SPACs), one of the hottest topics in mergers and acquisitions (M&A). These blank-check companies are all the rage in Silicon Valley and have attracted investments from a swath of celebrity investors and business leaders including Richard Branson, Jay-Z, Danny Meyer and Alex Rodriguez. Private companies taken public by a SPAC can happen quickly with more efficient price certainty. Since SPAC deals are based on the Securities and Exchange Commission requirements for mergers, forward-looking statements are allowed. This is an opportunity for a company to speak to the market about its financial prospects.

Pringle kicked the session off by giving an overview of the M&A space over the past year before talking about the increasingly prominent role that SPACs are playing. He cited the brief slowdown of M&A activity from traditional players as the COVID-19 pandemic took hold in early 2020 as one of the reasons for the emergence of SPACs in a market where targets were still available and businesses were still looking for growth capital. He stated that SPACs offer more certainty than traditional IPOs in terms of upfront valuation, execution and liquidity early on in the process.

While giving an overview of the market environment for doing deals, Zapata spoke about a strong rebound leading to a very frothy market with tense competition and fast-moving deal processes. Egan sees a strong market in which SPACs are offering investors a real alternative but feels there is still interesting opportunities for strategics. White agreed, saying that he is seeing lots of capital chasing lots of deals at high valuations making it a challenging but great market to be in.

With competition for targets being so intense, the discussion touched on ways in which bidders are positioning themselves to win in a tight field. Differentiation was thought to be key to participating in a competitive bid process, but that financial prowess was often the key to securing the deal.

Speaking from a private equity (PE) background, White said his fund had missed out on opportunities to SPACs. This internally raised the question of whether they were leaving money on the table and has led to ongoing discussions at his firm.

Recognizing that SPACs offer companies an alternative to the highly regulated route to going public, the panelists at various junctures in the discussion made the point that these instruments are only a feasible option for companies that are in fact “public-market ready” businesses.

While discussing the impact of SPACs on the M&A market, Connolly recognized that these instruments offer a viable alternative due to the premium valuations we are currently seeing in the public markets. He felt that the benefits of a traditional sale to a PE or a strategic are currently being outweighed by the much higher valuation achieved via a sale to a SPAC.

The discussion wrapped up with the panelists sharing their thoughts on the future direction of the market. Egan felt SPACs were here to say but would not grow much bigger in the coming 18 months. Zapata predicted a continuation of the trends that had characterized dealmaking in the recent past. White predicted the coming 18 to 24 months to be the strongest M&A market we have seen in the life cycle of M&A. Connolly was also bullish, predicting the continuation of a strong M&A market.

SPACs will remain part of the dealmaking landscape for the foreseeable future. Putting pressure onto traditional buyers, they have been instrumental in creating the highly competitive M&A space dealmakers currently need to navigate. However, despite all the hype, dealmakers should remember that not all targets are suitable targets for SPACs and there’s still plenty of room for others to play.

Hit the play button below to watch the panel discussion on this fascinating topic. Ally Dwyer is an account executive working in the New York M&A Advisory segment at SS&C Intralinks. Ally is responsible for managing the relationships with both Jefferies and Houlihan Lokey, two of the most active banks in the team’s upper-market portfolio. In addition to conducting day-to-day sales operations, Ally works closely with customers in the capital markets space to understand their data room requirements for both SPAC and PIPE processes, providing solutions for 15+ transactions.