Highlights from a roundtable discussion of alternatives professionals on investor onboarding trends. 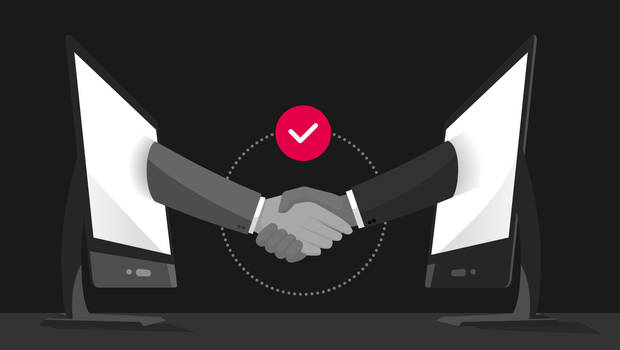 SS&C Intralinks recently hosted an exclusive conversation of senior leaders from the alternative investments industry about how the onboarding of investors had evolved throughout the pandemic. During an informal discussion, the participants candidly shared their experiences of "onboarding from home" and their expectations of what the future might hold. All agreed that their strategy has had to adapt and evolve over the past 18 months.

The conversation began with a look at virtual modes of communication. While it was generally acknowledged to be a much more time-intensive process, the speakers felt online meetings were essential to be able to offer both personal service and develop that all-important relationship during an uncertain time, particularly when it came to onboarding new investors. One of the panelists said that by having virtual meetings, he was better able to act globally. "I can be in five different geographies in a single day, talking to people," he said, "when ordinarily, each meeting would require a flight."

One speaker stated that no matter how small or seemingly irrelevant the issue being raised by a potential new investor, he would just hop on Zoom to "communicate, communicate, communicate." Others took similar approaches; however, one speaker raised the question of whether virtual communication is offering the same substance when it comes to the quality of dialogue compared to face-to-face meetings.

Given the dependence on virtual communication, it was no surprise that all speakers agreed that it was currently taking longer to onboard investors. “What used to be done in one face-to-face meeting can now take four, five or even six Zoom meetings,” another panelist said.

Another IR exec gave a slightly different spin on the time frame, saying he felt there was a certain lack of urgency to many processes. Another speaker differentiated between the initial stages of an approach, turning a lead into a conversation, which he felt was taking longer and was more difficult virtually. However, he went on to say that once a contact has been made, it is easier now to close that deal.

All of the speakers agreed that communication with existing investors was significantly easier than with potential new investors.

Looking ahead, the speakers felt that investor onboarding would continue in a hybrid manner — some parties would seek face-to-face contact in the future while others would be happy to continue with the virtual approach. One speaker suggested that investors might choose to meet fund representatives once a year for in-person sessions and choose to have quarterly updates via Zoom. Another stated that he already has investors asking to meet in person now that lockdowns have been lifted in many locales.

The key is to stay flexible and work with the potential investor. After all, they bring the money,” one speaker stated candidly. One speaker went as far as joining an investor on a grocery run to engage personally rather than virtually.

The session wrapped up with the speakers recognizing that investors were asking for new and different sets of information as part of their due diligence process. This in turn had led fund managers to set up new internal processes to address questions promptly.

We are finding new investors are asking more questions related to operational issues, technology and security,” one speaker commented. Another agreed, adding that they have prepared for questions by involving a wider variety of stakeholders internally.

Overall, speakers felt that certain things had remained the same during the pandemic. They agreed that fees, key man clauses, capital allocation, liquidity requirements as well as lock-up periods remained conversation topics in the context of terms, much as they had been pre-pandemic.

The key takeaway from the session was that funds’ approach to investor onboarding had to adapt due to pandemic. In the process, it became more time intensive. Funds recognize that investors are requesting different kinds of information as part of their due diligence and have therefore made changes to their processes to supply investors with the relevant information on time.