The Tide Is Turning on the SPACs Wave

In a red-hot M&A market, SPACs have attracted investments from A-list celebrity investors and business leaders. Now that watchdogs are starting to scrutinize the frothy market, what does the future hold? 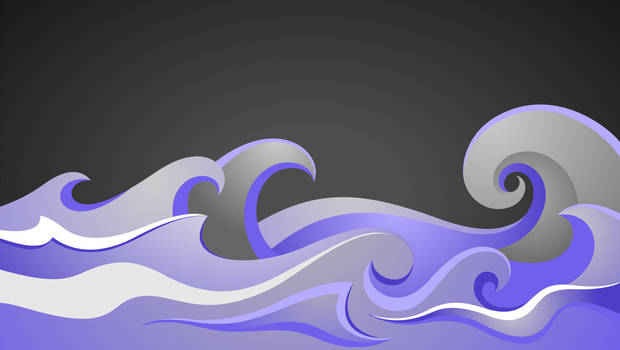 Mergers and acquisitions (M&A) activity boomed in the first quarter of 2021 as businesses increasingly thought beyond the pandemic and engaged in dealmaking. The number of announced deals increased by six percent from a year ago. However, the total value of pending and completed transactions rose by 93 percent to USD 1.3 trillion, the second-biggest quarter on record, according to data provider Refinitiv.

Against the backdrop of renewed dealmaking, special purpose acquisition companies (SPACs) have emerged as the hottest topic in M&A. A SPAC is a company with no commercial operations that is formed strictly to raise capital through an initial public offering (IPO) for the sole purpose of acquiring an existing company. A SPAC has a limited window to identify and complete the acquisition of a target and go public.”

2020 was a boom year for SPACs. According to data published by Bloomberg, 248 SPACs with a total value of USD 83 billion were brought to market, compared to 59 in 2019 and 48 in 2018. As of January 28, 2021, 91 SPACs had been launched suggesting that this year’s number would easily be higher than last year’s. Examples of SPAC-led deals are found across a wide range of industries with technology featuring heavily such as electric vehicle start-ups Nikola and Arrival who both chose SPACs as a route to market.

However, the tide is beginning to turn. According to the Financial Times, the volume of SPAC IPOs and de-SPAC mergers coming to market have fallen since mid-March. Another indication of the waning of the SPAC star are the rules introduced by the U.S. Securities and Exchange Commission (SEC) under Gary Gensler. Confirmed in April as the chair of the SEC, Gensler seems intent on taking some of the sizzle out of the SPAC market. Already, trading and pricing are severely impacted. The proposed rules that seek to classify SPAC warrants as liabilities instead of equity could further diminish the value proposition made by SPACs. The changes could also lead to a significant administrative burden on the SPACs that will have to restate their financial statements.

The recent activities of SPACs have put pressure on traditional M&A participants in the search for deals. Anecdotes suggest that corporates and private equity funds alike have felt the squeeze.

“We all like to think that it’s our differentiation that gives us the edge in a competitive auction process,” says one PE practitioner, “but that notion is currently being called into question as I hear of more and more situations in which PE funds are being outbid by SPACs.”

In the past, particularly venture capital-backed start-ups, saw private equity as the next step in their liquidity journey and an eventual IPO. However, the offering provided by SPACs with its seemingly easy access to money and a much less burdensome route to the public markets is swaying many, particularly tech businesses, to partner with SPACs.

SPACs from a global perspective

In the U.S., SPACs have become a force to be reckoned with. In the first quarter of 2021, SPAC M&A activity totaled USD 172.3 billion, a staggering 3,000 percent increase from the previous year, accounting for close to 75 percent of the total SPAC deal activity worldwide.

The enthusiasm for this instrument is not yet a global phenomenon. Currently, regulation prevents SPACs from operating as freely in the United Kingdom as they have been in the U.S. However, in March, the U.K.’s Financial Conduct Authority (FCA) opened a new consultation on them.

In a statement, the FCA said they will “be consulting shortly on amendments to our Listing Rules and related guidance to strengthen protections for investors in Special Purpose Acquisition Companies (SPACs).” The statement goes on to say that the consultation will consider the structural features and enhanced disclosure, including a minimum market capitalization and a redemption option for investors, required to provide appropriate investor protection. Subject to that process, the FCA is aiming to make the new rules and/or guidance by early summer. Already there are voices that argue recommended rules around the use of SPACs in the U.K. should be liberalized to help London maintain its competitiveness post-Brexit.

Meanwhile, Asia saw the largest SPAC-led deal so far come to market with Singapore-based ridesharing app Grab listing on the Nasdaq via a SPAC with a value close to USD 40 billion. In addition to transportation, the company offers food delivery and digital payments services via mobile app.

Cautionary voices about SPAC-led activity were getting louder, even before the recent intervention of the SEC. The Financial Times recently published an article reporting a “rapidly deflating” SPAC market “with potentially dire consequences for investors and entrepreneurs who hope to tap a relatively quick method of joining a stock market of Nasdaq.” It argues that SPACs are targeting such large companies that they need to find additional resources to fund the transaction. In this situation, institutional investors are often called on to provide this additional financial firepower but some, so the newspaper states, are growing unenthusiastic.

The emergence of SPACs as potential buyers has added pressure on the competitive landscape and contributed to an increase in valuations, to the degree that some market observers are now talking of a developing valuation bubble. Prices were already edging up, driven by low-cost financing options being widely available pre-pandemic, the pressure on corporates to seek inorganic paths to growth as organic growth became more challenging and the vast quantities of dry powder in PE funds. Now sellers are even more spoiled for choice when it comes to choosing a potential partner: Traditional buyers such as strategic and financial investors compete for their attention and both have significant amounts of cash to offer, while SPACs have even deeper pockets and, along with a traditional IPO, offer a faster route to the public markets with more price certainty. This amplified competition for attractive targets is certainly having an impact on valuations and anecdotes from dealmakers suggest that there has rarely been a better time to be a truly qualified seller.

The coming months will show the direction of travel for SPACs. Will they remain the force they have proven to be over the past few months, or will they lose their appeal? As for valuations, the recent disappointing IPO of U.K.-based online food delivery company Deliveroo may serve as a cautionary tale that not all hype leads to big returns.