The combination of low rates of COVID-19 vaccination, challenges posed by new variants and persistent lockdowns have set back recovery in many countries across Asia Pacific. 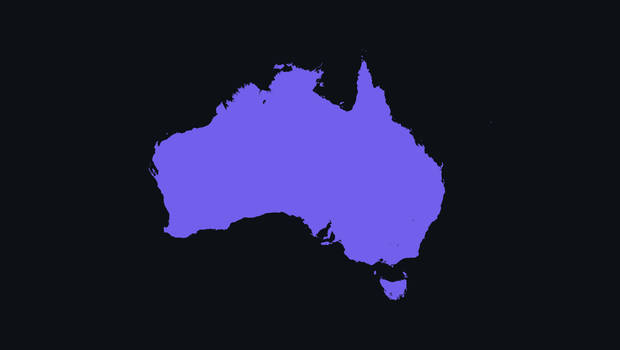 While many developed nations around the world have experienced accelerated recovery since Q2, Australia finds itself at threat of further economic contraction. To learn more about the state of the market and the impact of these headwinds on Australian companies, I spoke with David Kennedy, a turnaround and restructuring specialist who has vast experience working with distressed companies.

David is a partner at EY’s Turnaround & Restructuring Strategy team, which helps companies and stakeholders in challenging situations, particularly when they are experiencing financial distress. A registered liquidator, he’s worked in the industry for the last 15 years, mostly in Sydney. From 2018 to 2020, he was based in London helping clients dealing with the challenges of Brexit and COVID-19.

SS&C Intralinks: How has restructuring and insolvency activity played out across the year in Australia?

David Kennedy: Australia managed to avoid an avalanche of corporate failures and restructuring activity in 2020 thanks to unprecedented government financial and legislative support and an accommodating approach from many stakeholders including banks and landlords.

At the start of this year, there was an unwinding of support, including [the end of] JobKeeper, the insolvent trading moratorium and statutory demand regime relief. For many borrowers, forbearance periods with banks were ending and some businesses had to deal with debts that had accrued, such as deferred rent, unpaid taxes and in some cases aged trade debts where those creditors had limited options to pursue the debts during 2020. Many, including myself, considered that distressed companies had “kicked the can down the road” and there would be an increase in restructuring and insolvency activity in the first half of 2021.

This has not been the case. Monthly insolvencies from January to June this year (as reported by ASIC) were well down on pre-pandemic levels. Insolvencies for the 12 months [from June 2020] to June 2021 landed 42 percent below the same period in the prior year. While insolvency numbers don’t capture informal restructuring activity, they remain a good data point for activity in our industry and continue to reflect a subdued market.

Extended lockdowns in Australia are causing talk of an uptick in corporate distress. My personal view is that it will cause a gradual increase in distress and failures, although not a huge wave. I think particular sectors will be hit harder than others such as Retail, Education and Construction. And possibly hit harder than during previous lockdowns.

Why is there an expectation that the retail sector will suffer more than last year?

Some retailers will do just fine, as they did in earlier lockdowns. The ones which may struggle are those with a large brick-and-mortar network that sells discretionary products such as fashion and apparel. Particularly in instances where they were in recovery mode from earlier lockdowns. Furthermore, JobKeeper, which supported businesses through COVID, has not been resuscitated. Government support has been structured differently this time, with most of it going toward individuals who have lost work rather than wholesale payments to companies.

The on-the-ground sentiment is also less bullish this time around, with operators expressing concerns about limited government stimulus and the uncertainty in what appears will be an extended lockdown. Consumer confidence has also been hit, although it is coming from a relatively high position before these lockdowns.

Which other sectors are at threat given this uncertainty?

Tourism and Hospitality will continue to suffer, unsurprisingly.

Education and associated industries such as student accommodation continue to be heavily impacted in the short term, but there may also be longer-term structural challenges as a result of COVID. This could include a shift away from on-campus learning and a need to move away from reliance on international students. That may require those organizations to revisit the way they operate.

There are headwinds in other sectors beyond those impacted by COVID. Energy — specifically Coal — has seen trouble even with high prices and with some companies being highly profitable. Lenders and fund managers continue to update their ESG policies, making them stricter and impacting the coal sector’s ability to refinance as facilities approach maturity, and also complicating their ability to renew insurance policies.

There would appear to be a huge amount of M&A activity and a lot of capital looking for a home, making it very competitive to win deals both for buyers and lenders. In this landscape, it is important not to sacrifice on due diligence. In the case of lenders, it is also important for them to seek covenants that provide protections and an opportunity to preserve their position in the event of distress down the track.