Regional challenges should not distract from the opportunities the region has to offer. 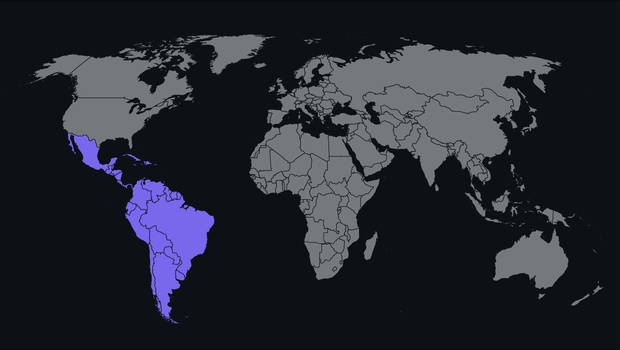 In the first session titled “The Future of Alternatives in LATAM: Allocators' Perspective” moderated by Intralinks’ Alessandro Farina, some of the region’s most influential allocators — César Villanueva, economist, pension Fund Investment Strategy at INFONAVIT; Juan Sebastián Restrepo, head of investments at Skandia Colombia; Renato Abissamra, managing partner at Spectra Investments; and Kadu Guillaume, managing partner at Confrapar — explored how institutional allocators can make the most of developing opportunities such as emerging markets and the digital revolution. They spoke about diversification and the growing role of alternative investments in their portfolios. Venture capital was mentioned several times during the conversation with speakers acknowledging the risks associated with this asset class, particularly to allocators without experience in the space.

With panelists from Colombia, Mexico and Brazil, these regions featured heavily in the session. Speakers shared some of the regional differences as well as sectors of interest in each jurisdiction. The Technology industry came up many times as an area of interest, much as we are seeing around the world, particularly in light of the challenges of doing business remotely during the COVID-19 pandemic.

The speakers shared their expectations for interest rate development and its impact on investment along with the state of liquidity in the region and how it will develop. The panel acknowledged the lack of interest from international investors in the region but did not feel that this was necessarily a bad situation as it allowed local players the opportunity to invest without outside competition. However, the speakers expect that this will change in the coming months and years. At several points, the discussion pivoted toward the opportunities the infrastructure space offers, which provided a nice link to the second session of the summit.

Using Brazil as an example but acknowledging that the same was true for other countries in the region, the speakers recognized the long history of underinvestment in the sector, a development that has been exacerbated by the pandemic, and therefore presented a significant opportunity for investors going forward. While many infrastructure projects in the region had been put on hold or even shelved because of the pandemic, many are now coming back online. The speakers expressed their delight at this, as these projects are crucial for the overall development of the region. Upcoming privatizations in the Brazilian infrastructure space were highlighted as attractive opportunities as well as creating the potential for public-private partnerships. Recognizing the crucial role that governments play in the sector, the speakers highlighted the importance of long-term commitments as well as reliable and stable regulation as not to see projects derailed by political changes. Like in many other regions, environment, social and corporate governance (ESG) have become serious aspects to consider when constructing an investment story, the panelists stated, adding that times have very much moved on from when it was a mere “box-ticking” exercise. The session rounded off with a look at the role the infrastructure sector should play in dealing with the challenges of global climate change.

The Latin America-focused sessions of the Alternative Investments Regional Summit Series 2021 gave attendees an insight into assets allocation in the region as well as one of its hottest sectors.

In both sessions, the speakers acknowledge that despite the plentiful opportunities the region has to offer, international investors are still somewhat reluctant to engage with it in a truly meaningful way. The pandemic has bought this reality home even more. However, all speakers were hopeful that as normality slowly returns, investors will seek to capitalize on the positive prospects in the region.

Andres Santas is the Head of South Latam for Intralinks. In this role, he is responsible for the business in Chile, Colombia, Peru and Argentina and driving the growth of those territories. Prior to joining Intralinks, Andres worked at Thomson Reuters, a global information financial technology leader, in different sales and management roles within the region. Andres graduated in BA from Universidad de Buenos Aires and has a post-graduate degree in finance from the Adolfo Ibañez University in Chile.

Keynote Conversation: The Future of Alternatives: How Allocators Are Charting a New Course