Dealing With Competitive Pressures in Brazil

Brazil-based dealmakers discuss how the country’s M&A market could be stalled by political and economic uncertainties. 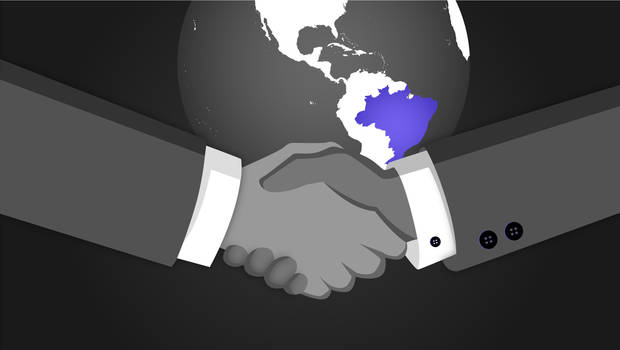 “Brazil is never doing as well, or as badly as one would expect.” So said Alexandre Gossn Barreto, a partner at Cescon Barrieu, during "Dealing With Competitive Pressures in Brazil," a panel I had the pleasure of moderating during SS&C Intralinks’ first-ever Global Virtual M&A Summit held in October.

This statement gives us some insight into what we can anticipate for the upcoming Brazilian election year. Brazil is not only emerging from the COVID-19 pandemic but also coming down from a three-year high in capital markets activity with record-breaking numbers in initial public offering (IPO) filings.

Cristiano Guimarães, head of corporate and investment banking at Itaú BBA, said that we should see a different trend next year. He reported that Q4 2020 and Q1 2021 marked the highest IPO activity ever recorded.

However, the last couple of months have already shown a new reality with a steady decrease in activity, which was expected due to increased volatility and higher interest rates. This sent investors looking for more stable investments. Brazilian politics have always been directly correlated with volatility in the market. With two candidates running for the presidency a lot can happen. There is still speculation that a potential third party may run for office, but no proposed candidates are seemingly good for market activity.

Fernando Marques Oliveira, partner/head of Brazil and Latin America at H.I.G. Capital, has the same view on IPOs going down in numbers and M&A having a strong comeback due to a robust financial sponsor presence in the region. This comes down to a lot of strategic investment interest and overall affordable assets in the country.

Players that are looking for the right target and for long-term investments are likely to make some interesting deals in Brazil. Market consolidation in certain sectors will also force competitors to look at M&A for inorganic growth to keep a strong position and protect themselves from competitors. Marques Oliveira also mentioned that there is a high amount of dry powder available in the private equity (PE) space. Appetite for certain industries that are currently standing out, such as Tech, seems to be the case globally as well such as Infrastructure, Hospitals and Health, Education and certain sub-sectors in the Energy space.

When addressing the remote-work environment, Gossn Barreto spoke about the increased workload and activity while also discussing productivity. Dynamics in the legal and finance world have changed not only for professionals in the same company but also their client interactions with virtual roadshows. With the productivity increase, the potential for burnout is also a reality due to extremely long workdays and a blurred line between personal time and work hours.

Guimarães added that there will be permanent changes that the pandemic will leave behind, especially on virtual forms of working. He believes the client aspect of having important meetings and relationship building will continue to require in-person interactions to be impactful and lasting — there is no way around it.

At the end of the panel, I asked our speakers about key takeaways for the year. Marques Oliveira shared a quote from H.L. Mencken: "For every complex problem, there is an answer that is clear, simple and wrong."

The pandemic has taught us a lot, but Guimarães’ main point is that a good work ethic, flexibility and perseverance will always pay off. He has seen this play out in the most successful companies during this period and it is something to share with our teams as food for thought as we look ahead to 2022.

Why It’s an Exciting Time for TMT in EMEA

Natalia Wolff is the head of advisory in the Intralinks São Paulo office, overseeing the local advisory team covering banks and law firms. She has been with the company for over five years, starting her Intralinks journey in London covering bulge bracket bank clients in EMEA and later on managing an advisory sales team out of New York City. Natalia has a bachelor's degree in Marketing from ESPM - RJ and is finishing her dual MBA in Finance and Leadership at Insper - SP.

Why It’s an Exciting Time for TMT in EMEA

How Will the Risk of Recession Impact M&A Trends?

Can SPACs Make a Comeback?