A little contrast, many successes in APAC. 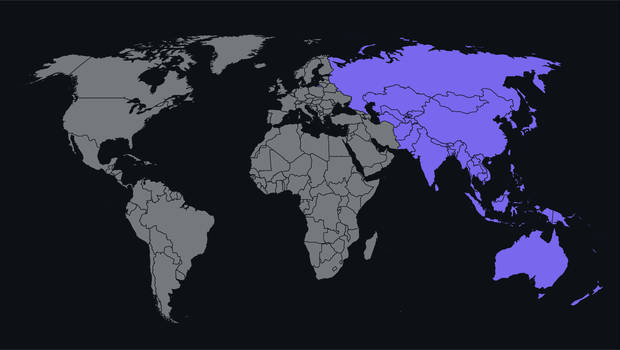 Mergers and acquisitions activity in Asia Pacific (APAC) has been riding a wave of optimism for more than a year now. The market has been highly active. In a few countries like South Korea, it has been a record-breaking year. As we head into the home stretch of Q4 2021, that momentum hasn’t slowed. In many countries in APAC, high M&A activity is looking to continue into Q1 2022.

Most every APAC country has adapted to post-pandemic mode and has picked up strength, be it from sheer optimism, as in Australia-New Zealand (ANZ) and India, friendly credit markets in South Korea or sector-driven growth (e.g., TMT and Industrials) in Japan. Southeast Asia is also expected to rebound to pre-pandemic levels in Q1 2022 thanks to both a surge in digital transformation and divestiture to mitigate regulatory burdens.

This is just part of what we’ve seen from the detailed analyses in the just-published SS&C Intralinks Deal Flow Predictor for Q1 2022, the six-month M&A forecast compiled from tracking early-stage transactions globally.

APAC’s M&A growth goes beyond the confidence-boosting of a waning pandemic. Cheap debt has been a driver in ANZ, with increased valuations sparking the uptick in India. Digital transformation and supply-chain issues once plaguing South Korea have been lessened by M&A, and private equity (PE) funds have been part of more than half the new deals there.

Sector-based data appears reflective of the post-pandemic trends we’ve seen in other hemispheres. Healthcare is a leader in ANZ, Greater China and South Korea going into 2022. Healthcare and Tech have been the boosters for record IPO growth in ANZ as well. The COP26’s climate policy may boost Renewables and Tech for ANZ, while a semiconductor shortage will create opportunities in China.

India has shown a rise in Tourism, with Energy, Pharma, Automotive and Banking, Financial Services and Insurance (BFSI) booming as well. In Southeast Asia, Retail is expected to expand beyond its borders as it takes advantage of the online ecosystem and build end-to-end capabilities such as Finance, Distribution, Logistics and Supply Chain.

Remarkable IPO growth across this region is highlighted by factors such as Chinese corporates favoring initial public offerings (IPOs) at the Hong Kong Stock Exchange (HKSE) and record-breaking investments in capital markets in India.

South Korea and Japan have followed suit. The IPO market there has been on fire from Tech sector deals for the former and a change in listing standards for the Tokyo Stock Exchange in the latter.

Inflationary stresses in ANZ and South Korea have caused speculation of pressures on M&A, but in ANZ the market is not buying the rhetoric. Should inflation continue rising outside the Reserve Bank’s target band, it may put further pressure on M&A valuations and a fall in completed deals.

South Korea’s central bank has already raised interest rates this year and will likely raise them further at least twice next year.

In Greater China, high valuation of existing portfolios is causing a potential speed bump, making it difficult for dealmakers to source deals with significant potential returns.

Scars from pandemic times still exist, however: Strict travel restrictions from Japan make cross-border M&A activity its chief challenge, and with government regulations in Southeast Asia, the situation may not see significant improvement for now.

Christophe joined Intralinks in 2019 as SVP – APAC Sales, overseeing 13 countries and the fastest-growing region of the business. Christophe’s mission is to lead the sales and marketing organization to a journey of innovation and continued growth to become the leading technology enabler for strategic transactions.

He brings to the team from prior roles two decades of experience in the technology and outsourcing sectors providing thought leadership and execution capability required for key large clients in their digital transformation programs.

Sectors With The Most M&A Deal Leaks In 2021