The region is riding high thanks to low interest rates and record levels of dry powder. 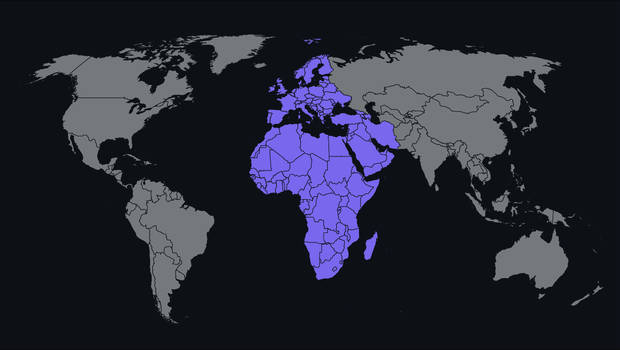 After a strong 2021, the Europe, Middle East and Africa region (EMEA) is positioned for a huge 2022 for mergers and acquisitions (M&A) dealmaking. Deal volume for Germany/Austria/Switzerland (DACH) is poised for a 33 percent increase in activity, and the uptick is expected to continue through 2022. Similarly, the Nordics and Turkey have rebounded strongly post-pandemic, with the former country more than doubling M&A deal value since H1 2020.

South Africa has also been holding its own thanks to an overflow of some 2019 and 2020 deals into 2021. Exceedingly high multiples here caused assets and targets to exit — or raise capital — in a high percentage of deals. The result: non-binding offers, no-shows, delays and deals that failed to launch.

France’s emphasis on revamping domestic Aerospace is setting the stage for a wave of restructuring. In Central Eastern Europe (CEE), international investors are starting to complement domestic investor activity.

As highlighted in the SS&C Intralinks Deal Flow Predictor for Q1 2022, which is based on global deals in preparation or beginning due diligence, dealmaking is expected to remain strong. Major drivers across EMEA are low interest rates and record levels of dry powder. Debt has been easy to handle. When paired with digitization in DACH or corporate divestitures (as in the Nordics), we’re seeing greater activity. Foreign investor interest has played its part too, such as in Turkey and CEE. The latter, like South Africa, is also boasting healthy balance sheets. France is seeing a lot of liquidity in the market with funds, and deals are being shaped through restructuring.

Competition at a peak

As in many other regions, the supply of qualified assets cannot meet the demand. High valuations are the culprit in the Nordics, and in France, corporates and funds are paying high multiples for desirable assets.

In CEE, private equity (PE) — both regional and international — is quite active. Global players, including sovereign funds, are increasing exposure to countries like Poland and Czechia.

IT, Tech and eCommerce seem to win the day hand-in-hand across EMEA. Energy is hot in DACH and Turkey, while Fintech and Healthcare are worth watching in the Nordics. Infrastructure, Financial Institutions Groups (FIG), Retail and Transportation are on the upswing in France.

South Africa is showing a well-governed financial sector in a fluid market. The transition from state-owned companies to privatization is going to have a chunky piece of the M&A pie in the year to come. Telco deals have also been surging in East and Central Africa.

Aside from one or two outliers (like the previously mentioned Nordics and Turkey), initial public offerings (IPO) activity has slowed down, and this trend may continue. In DACH, we’ve seen a handful of special purpose acquisition companies (SPACs) in 2021 and that appetite may subside for 2022.

In Turkey, the year closed with 60 IPOs in a record-breaking year.

Overall, dealmakers here are very busy. The outlook for 2022 appears very optimistic. But here are some sore spots to keep an eye on:

Countries — like South Africa — seem to be focusing on how efficiently they can contain costs while increasing shareholder value. Corporates who are brave and committed must be prepared to pledge themselves to international and global best practices for the long haul. The quick buck and low-hanging fruit are out of reach right now. And corporates must see their commitment to shareholders through.

In 2021, EMEA smashed records for M&A deal volume. Now, with favorable tailwinds in numerous sectors and plenty of capital to be deployed, a frenetic first half of dealmaking is most certainly on the horizon.

Till Brennan brings over 20 years of experience in developing new territories and creating and executing sales strategies throughout EMEA. His focus throughout his career has been working for SaaS companies specializing in the financial services industry. Prior to re-joining Intralinks in May 2021, Till worked for various organizations, including Easysend, an Israeli insurtech start-up applying AI for the accelerated digital transformation within the insurance industry; Questionmark, a U.S.-based assessment management provider, as well as DFIN, where he was sales director, EMEA.