Three female dealmakers react to our latest report on gender diversity in dealmaking. 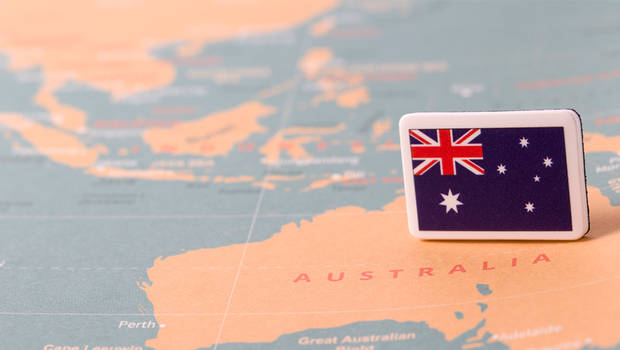 SS&C Intralinks’ new report, Gender Diversity and Dealmaking 2022, produced in association with Mergermarket, investigates the impact of female leadership on mergers and acquisitions (M&A) deals, specifically those that were initiated by companies that have women serving as CEOs and board members, compared with those initiated by less gender-diverse businesses. The research was conducted jointly between the M&A Research Centre at Bayes Business School, City, University of London. The team analyzed bids by publicly listed acquirers announced during the period January 1, 2010 to October 31, 2021; including 5,047 unique acquirers, 9,529 unique targets and 11,562 M&A transactions.

Overall, the study revealed that while corporate attention to diversity and other environmental, social and corporate governance (ESG) issues has risen, there’s still quite a lot of work to be done. While Female CEOs complete more deals on average, they face greater scrutiny, with markets reacting less favorably to deals from acquiring companies helmed by women. This information was especially disappointing when contrasted with the study’s other findings: that companies with more diversity and/or female leaders exhibit better performance when compared with more homogenous, male-dominated competitors. Diverse boards and female CEOs were found to produce better post-deal results when examined through the lenses of share price performance, return on equity, EBIT/sales and EBITDA/sales.

This study examined worldwide M&A transactions and accordingly, these results are an amalgam of the global findings. We also conducted interviews with female leaders in specific regions to learn how the results stacked up against personal experiences in their home countries.

In Australia, the team spoke with Amy Perkin, CFO of Brandon Capital Partners; Adelaide McDonald, director at MDH; and Joann Lewis, EGM, M&A and DFP program owner at IAG, and board member at Lifestart.

Consistent with the worldwide data, the interviewees agreed that gender diversity in Australia is trending in the right direction. However, they all noted that their home country seems to be lagging behind other regions when it comes to diversifying boards and showing trust in female CEOs. Each indicated that the U.K. and Europe seem to be ahead.

"I feel like we're about ten years behind, still, in Australia," explains Perkin. "I've been in meetings as the key decision maker. I’ll ask and answer the questions, but they won’t look me in the eye. Instead, they address my male colleague who hasn’t said a word and does a different job,” she reflects. And that hasn't happened in 20 years in Europe or the U.K."

Lewis shared similar slights. “Throughout my career, I’ve heard many statements that have surprised me. Comments that have been either condescending or disrespectful. When I replay the comments through the perspective of the speaker, I am less shocked. However, I’m always disappointed. People often don’t realize their comments are condescending and reflect their own bias. It proves biases are so hard to overcome and we still have a way to go.”

Perkin points out that the issues are sometimes more cultural and behavioral than based on conscious malice. “Most men are not fundamentally sexist,” she says, but it’s often hard for them to recognize systemic problems that haven’t directly impacted them. And this report provides further evidence that "...there’s [now] a collection of voices and facts that you can't refute, and I think that's certainly what the #MeToo movement did. It gave voice to a lot of things that needed to be shown. How systemic it was in our society."

COVID-19 also played a big role in addressing some longstanding inequalities — especially when it comes to working from home and the challenge of balancing family and work, the brunt of which is (still?) more generally borne by women.

"Working mothers have been asking to have more flexibility about working from home for 15 or 20 years," McDonald points out. "Then all of a sudden, when it's forced upon us, and the powers that be — who are predominantly male — are forced to work at home, then all of a sudden, we go, ‘It's actually okay. Yeah, we trust that actually our employees will be honest and will work hard when they're at home,’ and that’s just it."

"Just step back and kind of let that sink in for a minute," she adds. "Apparently, for the last however long we've not trusted our working females in companies to actually be able to do that job and work from home. But now that the men have done it and it's okay, now we can do it. I think COVID has been a complete step-change in understanding what — not just women, but everybody — we can trust people to do."

McDonald, Perkin and Lewis were unsurprised by many of the report’s findings and offered similar takes. When asked about data showing female leaders closing more deals, they had similar reactions and reasoning for why this might be. What it generally comes down to, they said, is practicality.

Women, Perkin explains, "set more realistic expectations in the market … and women [tend to] only promise what they can deliver. So as a consequence, if you set your expectations to be something that you can absolutely achieve, you’re going to have [more] success."

Lewis put it a bit more succinctly: “We're too busy to mess around with the small stuff that we know has a low chance of success.”

All three women noted the importance of female representation in leadership and board positions. But they all also agreed that some of the most effective ways of spurring change can be a double-edged sword. For example, some organizations put a quota in place to ensure that their boards have an "acceptable" split of men, women and minorities. McDonald, Perkin and Lewis all noted that while this can be effective, they expressed a certain discomfort with this tactic as it can call into question the effectiveness of these board members.

McDonald explains that her overall view is that quotas are effective because they can force change. However, they are only effective when the goal of the quota is to genuinely broaden the search for expertise and not "quotas for quotas’ sake."

Lewis shares that she has declined invitations to explore roles for this very reason. "I pulled out of one interview process when I found out that it was well-known they needed a female in the role … too many people were going to question my capability to deliver. I knew I was capable and could deliver in such a role. However, I wouldn’t want to [be] there under a cloud of people questioning, ‘Did she only get it for this reason?'"

However, all three women noted the value and importance of diversifying corporate leadership; not just for the improved success rates — as this report illustrates — but also for the future good of women and minorities moving up the ranks. Speaking of past challenges and battles she’s had to face, Perkin put it this way: "One of my key goals in life is to make sure that [these challenges] will never happen to another woman who sits in my chair — ever again."

Why Companies Should Promote Gender Diversity: In Japan & Beyond

Sacha Madden is SS&C Intralinks' director of strategy and sales excellence in Asia Pacific. Sacha joined the company in 2014. She has built a strong reputation in the SaaS world, the global business that she operates in and with the customers she works with on a day-to-day basis.