“Intralinks has taken the pain out of running datarooms. It enabled us to focus on the outcome rather than the process."

Intralinks relieved the pain that could have been caused by a complex due diligence process that included dozens of bidders reviewing thousands of confidential documents.

In order to sell its business, Priory Group needed to provide detailed information about its extensive properties and operations to all potential bidders.

Priory needed a robust system that could cope with the large quantity of documentation required while facilitating access for as many parties as possible.

Organizing, photocopying and creating binders containing the enormous amount of confidential and legal information loomed as an untenable administrative burden. Scheduling discrete visits to a physical dataroom for 30 interested buyers threatened to add weeks to the process.

Given the complexity of the due diligence process, the management team decided Intralinks ExchangesTM would best facilitate this critical element of the sale. It was the team’s first experience with a virtual dataroom.

With the Intralinks solution, Priory Group was able to shave weeks off the process and still accommodate the hundreds of users who needed access to specific documents. In the end, ABN AMRO outbid its competitors and acquired the Priory Group for £875 million — a four-fold return on the previous owner’s initial investment. This high deal value validated the investment in Intralinks, which enabled the maximum number of bidders to enter the process, thus heightening interest.

To expedite the due diligence process, Priory Group relied on several of Intralinks’ timesaving features. New documents were added directly from dataroom administrators’ desktops. With just a few mouse clicks, IntraLinks’ group permissioning tool enabled Priory to grant access to new documents or terminate access to bidders as they dropped out of the process. Reporting capabilities enabled the team to focus on the most serious contenders to maximize the deal value. Knowing whether a junior lawyer or a principal accessed information, and which documents they reviewed, helped the Priory Group gauge interest levels. 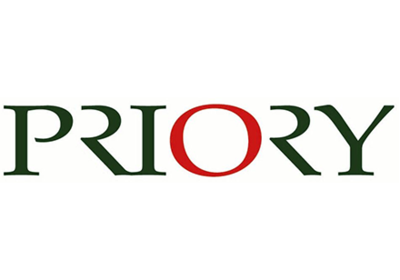