Verenium used Intralinks® to manage its exchange of critical information and gain valuable intelligence that helped solidify the partnership in half the expected time. As a result, Verenium was better positioned to revolutionize the industry.

"Intralinks enabled us to efficiently exchange critical information and gain business intelligence about the negotiations, allowing us to be proactive in a way we’d never been able to before.”

The traditional due diligence practice of photocopying documents, and organizing them into binders to mail, or burning CDs for distribution, was not timely, cost-effective or secure. Verenium knew that within a short time, it would have to efficiently leverage its capabilities and find a way to scale its resources in order to keep in step with BP.

In addition to providing many parties with access to sensitive documents from multiple locations, it needed to anticipate the information that BP wanted in order to reduce the deal time and avoid the risks associated with lengthy negotiations.

BP is a much larger company with significantly more resources. During the negotiations, Verenium would be interacting with multiple departments at BP, each looking at the partnership through a different lens.

From the beginning, Verenium managed the negotiations with Intralinks ExchangesTM.This allowed the documents to be stored in a single, centralized, on-demand repository. Throughout the due diligence process, Verenium was able to instantly exchange critical information, adding documentation in real-time. Verenium could also actively monitor usage, which allowed the company to anticipate critical areas of concern and focus on its preparation for meetings.

Verenium’s improved ability to manage the process and respond to BP’s needs helped build confidence in Verenium as a partner. The Verenium team received constant feedback that they were highly professional, showed a great degree of preparedness, and most importantly, got things done. In just six weeks, half the time it would have taken with a traditional dataroom, Verenium and BP finalized negotiations and BP made a $90 million investment in Verenium.

By using Intralinks’ tracking capabilities, Verenium could monitor activity and quickly see what information attracted attention and who within BP was interested. It could also maintain security by easily permissioning documents for viewing on a “need to see” basis at the individual level. By clearly addressing and overcoming these common challenges to partnership negotiations and on-going communications, Verenium assured the partnership began strong and would continue to grow — a huge benefit to both parties involved. 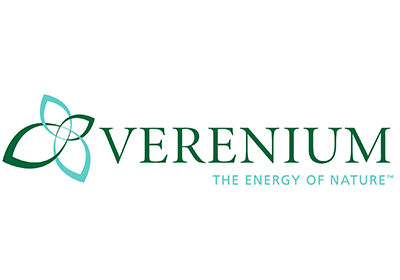 6 Weeks: Time it took Verenium to facilitate the deal with BP

1: Number of centralized, on-demand repositories where documents are stored

Fast & Easy: How the Verenium team felt about sharing documents through Intralinks