A Dealmaker’s View From the UAE 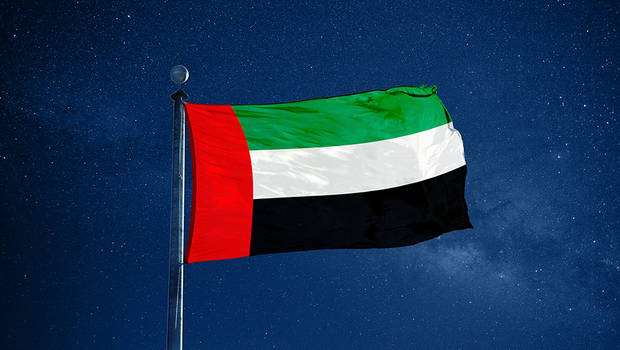 While the COVID-19 pandemic is not yet in the rear-view mirror, successful vaccination rollouts and widely applied safety protocols have allowed the Gulf Cooperation Council (GCC) economies to reopen early and recover over the past year.

The International Monetary Fund (IMF) expects Saudi Arabia, the region’s largest economy, to grow by 4.8 percent in 2022. However, private sector analysts suggest this may be even higher, with the most optimistic forecasts at around seven percent.

The optimism reflects two ongoing developments: a shorter-term dynamic around oil prices, and a longer one related to transformative change in the regional economies.

While every economy in the region is on its own distinctive journey toward diversification, the importance of Oil cannot be understated. It lubricates economies through traditional fiscal channels and provides capital for investment initiatives that are expected to drive new industries.

The rally in oil prices — from the depths of a debacle that sent them briefly negative in April 2020 — has been stronger than anticipated, a function of astute supply management but also an unexpectedly sharp recovery in demand. The conflict in Ukraine amplified the rally.

Higher oil prices will fill government coffers and buy time for economies to pivot away from fossil fuels. The battle to combat climate change and the rapid advancements in the electrification of the Transportation sector impose a definitive time scale on the process.

This is leading to accelerated change across the GCC that has affected every facet of the economy. In Saudi Arabia, for example, the massive increase in the visibility of women across society — from cars to restaurants and in the workplace — is making a huge difference. Half the population has been unshackled and associated demand unleashed.

Companies have been encouraged to re-evaluate their role in the economy and to reposition for the enormous changes taking place, which include reduced subsidies and higher taxation. This is causing a flurry of corporate activity with the larger conglomerates shedding peripheral businesses or, merging subsidiaries that have become less competitive. The number and value of M&A have been soaring.

In addition, ongoing deregulation has led to a considerable increase in venture capital funding, particularly in Technology and Consumer sectors, such as digital wallets and food delivery services.

All these developments bode well for Saudi Arabia’s Vision 2030 objective to diversify its economy — but talk of economic decoupling from Oil at this stage is premature.

Meanwhile, the United Arab Emirates (UAE) is also set to enjoy a strong year as the economy maintains its robust recovery from the worst of the pandemic. In Dubai, where the Travel, Tourism and Leisure sectors are so crucial, hotel occupancy and revenue per available room (RevPAR) numbers have been strong, the airline industry appears to be normalizing and property prices continue to rally, albeit more moderately than a year ago.

Change in the air

Since the initial deregulation in the property sector in 2003, the UAE authorities have shown a willingness to continuously implement supportive reforms to attract international capital and transform their seven Emirates. The announcement of a wide range of reforms in recent months combined with the change in the working week in January represents the clearest indication of the desire to pivot from a reliance on the hydrocarbon economies and reposition the country from its limited role as a regional commercial hub to an international business center. The new working week is a particular boon for the Financial sector and businesses that transact in the global capital markets.

The pursuit of reforms and the rule of law has taken the UAE on a journey toward global best practices in property rights, labor regulations and the protection of intellectual property that are fundamental to cross-border investment. Its success so far is clear to see.

Other GCC countries, including Oman and Bahrain, are making similar strides, albeit at their own pace and in their distinctive ways, while Qatar and Kuwait have the cushion of large sovereign reserves that allow them to take a more measured path.

The risks to the region’s positive outlook are essentially external, be it from a possible reversal in oil prices or, perhaps more likely, from the challenges posed by elevated global inflation and growing concerns over the speed and scale of expected increases in interest rates.

Fortunately, and relative to other emerging economies, the GCC economies are relatively well-insulated from the ripple effects of higher interest rates due to their ample financial reserves, modest borrowing requirements and expansionary fiscal policies. Local currencies pegged to the U.S. dollar are a comforting factor for many international investors. The five-year sovereign credit default swaps in Saudi Arabia, for example, remain well-anchored at levels that reflect confidence in the country’s fiscal balances. It’s difficult to think of many other economies that are undergoing such momentous transformation or to imagine more exciting capital markets in which to be participating.

Tarek Fadlallah, CFA, is CEO of Nomura Asset Management (Middle East). The views expressed in the article are the author’s own and do not reflect the opinions of Nomura. The article should not be construed as providing financial advice.

As featured in the Q2 2022 SS&C Intralinks Deal Flow Predictor.

Does EMEA's M&A Market Have Staying Power in 2022?