"Without Intralinks, the process would have taken at least twice as long. No doubt we saved a man month of resources using Intralinks and used our staff more productively.”

​Using Intralinks® to manage due diligence, Immatics showed investors they could trust the company. What resulted was the largest private biotech financing round in Germany since 2001. In the process, Immatics saved time and resources, and gave investors an efficient way to review information.

With only a small percentage of treatments in clinical trials ever reaching a pharmacy, pharmaceutical companies must plan their development strategy carefully and run their companies efficiently. Immatics runs as a paperless company, keeping all documents electronically. Doing so improves efficiencies and reduces administrative waste. When Immatics began marketing a Series B round in 2006, it wanted to avoid a paper dataroom.

Hosting a traditional dataroom would have been cumbersome and time consuming. The company considered burning all documents onto DVDs and mailing them to investors. However, providing additional information or increasing access to existing data would require replicating the same time-intensive process each time.

Immatics opted for a virtual solution. Its executives compared four providers. Intralinks, recommended by attorneys at Poellath & Partners, stood out for its speed and 24x7 customer support. In addition, the ease of use and accessibility provided by Intralinks ExchangesTM supported Immatics’ investor relations philosophy of open communication. Intralinks’ intuitive interface made it easy to quickly organize Immatics’ documents, enabling them to be up in days rather than weeks.

With Intralinks, Immatics was able to quickly load all the documents it expected reviewers to need at the beginning of the process, but limit access for everyone to the least confidential information. When investors showed serious interest, they were granted permission to view sensitive information with a click of a mouse. Intralinks provided Immatics with clear visibility into investor activity, indicating interest levels.

Intralinks helped expedite the due diligence process and enabled a more productive use of Immatics’ resources. Knowing which documents were reviewed by who illuminated the topics of greatest importance to specific investors, and allowed them to respond to requests for supplemental documents in minutes rather than days. In February 2007, Immatics closed the Series B round after raising €40 million, Germany’s largest private biotech financing round in six years.

Intralinks minimized the impact on potential investors. Instead of spending a week or more flying to headquarters to pour through binders, they reviewed documents from their offices and homes. With information available day and night, they could take all the time they needed to complete a thorough review. Immatics’ use of Intralinks helped many investors build their trust in the company. Some investors were new to the process. Others already held Intralinks user accounts from previous due diligence projects and appreciated the ability to use those passwords. All praised the ease of conducting due diligence using Intralinks. 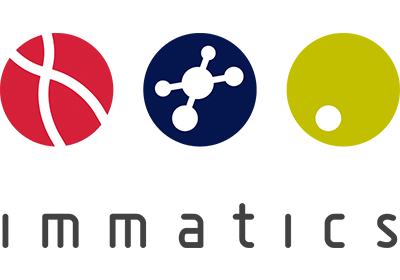 €40 Million: Amount Immatics raised from its Series B round