2022’s Second Half Will Be Driven by the Three ‘I’s: Inflation, Interest Rates and Instability

Four takeaways from a discussion with private equity dealmakers about facing current headwinds and looking ahead. 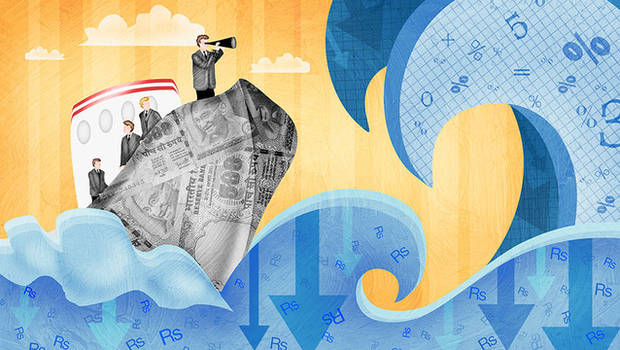 SS&C Intralinks and Private Equity Wire recently brought together a panel of alternative investments industry experts to share perspectives on the current dealmaking environment. The panel featured Mark A. Solovy, a managing director for Monroe Capital who serves as co-head of technology investing and co-head of their SPAC group; Michelle Jacobi, managing director at Gatewood Capital Partners, a specialized investor that anchors emerging managers, defined as a fund one, two or three; Kate Horin, VC, H/L Ventures, an early stage venture capital firm focusing on investing at the nexus of growth impact and diversity; and myself, sales manager, alternative investments at SS&C Intralinks working with private equity funds across North America.

Together, the group discussed their firms’ experiences in the first half of 2022 and looked ahead to Q3, Q4, and beyond. I’ve put together four important takeaways from the discussion and included a link below to watch the compelling conversation in its entirety.

As the conversation got underway, it immediately became apparent that the panelists now expect private equity (PE) to slow activity over the next two quarters — even though their experiences in the first half of the year differed.

Solovy pointed out that the first quarter of 2022 was active from his firm’s perspective. Many deals in PE and growth equity that had begun in 2021 weren’t closed by the end of the year and were completed in early 2022 instead. However, investors are now keeping a close eye on inflation and rising interest rates, and it’s beginning to decelerate activity.

“It has been more difficult to get to a meeting of the minds between buyers and sellers, or investors and companies, in terms of valuations for transactions,'' Solovy explained. “So we're just seeing a little bit of slow down.”

Meanwhile, Jacobi, speaking from the perspective of an emerging manager, said that her firm has seen an increase in deal flow. “Managers who are looking to spin out or start their own firms, who are looking for that anchor capital to get their first closes to scale, [have] seen a real acceleration of deal flow.” However, from her conversations with other LPs in the market, she has been hearing perspectives that are similar to Solovy’s: “People are going to start to pull back a little bit, at least on the pace, and probably the volume of deals they're doing in the rest of the year,” she recalled.

2. IPO window is closing (for Now)

I predicted that we'll continue to see fewer initial public offerings (IPOs) than we have in previous quarters, and this may lead to some intriguing private equity deals. As valuations continue to decline, it will be very interesting to see how PE funds can sell their opportunities, portfolio companies and find strategic buyers that make the most sense.

Horin added that there is a strong appetite for investment and diversification. Over the next two or three years, she said, “... funds that have earlier stage mandates are tending to fare better in this environment because … early-stage funds seem well timed at the moment to miss the worst effects of a tougher exit market.” This is largely because Series A and B funds have an anticipated time-to-exit of five to seven years, Horin explained.

As for what’s to come, the panelists all agreed that a shift is in store for the world of PE. From Solovy’s perspective, buyers and sellers will still be working through the current instability for at least the next quarter, figuring out price discovery in a volatile market as they go. As the end of the year nears, however, he believes that asset managers will find themselves under pressure to deploy capital by the year’s end.

Jacobi felt that this rush would happen in early 2023, rather than late 2022. Fresh allocations will open up again then, she noted. To date, her firm’s experience has been stable, and they’ve seen almost no slowdown at all on the emerging manager side. The rest of the market, however, will likely be quite slow, she agreed.

Horin noted a few sectors that are worth keeping an eye on through the second half of the year — primarily the ones that benefit from regulatory favor like Cleantech, Future-of-Work and Food and Agriculture.

I noted that SS&C Intralinks’ Deal Flow Predictor for Q3 2023 offers a helpful projection tool for what’s to come in the next quarter. According to the report, the overall mergers and acquisitions (M&A) market is going to be relatively flat, with a bit of a drop in North America and other parts of the world. While there is a slight increase of activity expected in EMEA, Q3 should be flat or slightly down, generally speaking.

4. Tech to the rescue

The one bright spot, it seemed, was technology. The panelists agreed that great leaps have been made in the tools used to onboard investors and communicate with them. The day-to-day of dealmaking in the private markets has dramatically changed for the better over the past two years.

“We had to transform into this world of doing things more digitally and less in person,” recalled Solovy. “Now we rarely see deals that don't have that data pool in the data room. So it's just, it's much better. It's much more efficient for us.”

Jacobi agreed: “So, whereas before we would have had lots of in-person meetings early on, now we streamlined that to be much more virtual in the early days, and then have our on-sites much later on in the process when we've learned enough to know that it could be an interesting opportunity.”

Why General Partners Should Focus on Digital Transformation

Mark Nafash is a team lead on the alternative investments team. In this role, he manages transactional account executives who build relationships and sell the Intralinks products to top private equity deal teams and placement agents in North America. Prior to becoming a manager, Mark was a senior account executive focused on selling to the largest private equity funds and asset managers in New York and New Jersey. Before Intralinks, he worked at W.P. Carey as a wholesaler selling non-traded REITs and BDCs to retail investors. Mark graduated from Boston College with a B.A.