How Will the Risk of Recession Impact M&A Trends?

In a webinar presented by the Financial Times and SS&C Intralinks, dealmakers from J.P. Morgan, Philips, Assicurazioni Generali and Morgan Stanley discussed whether dealmakers are prepared for global economic volatility. 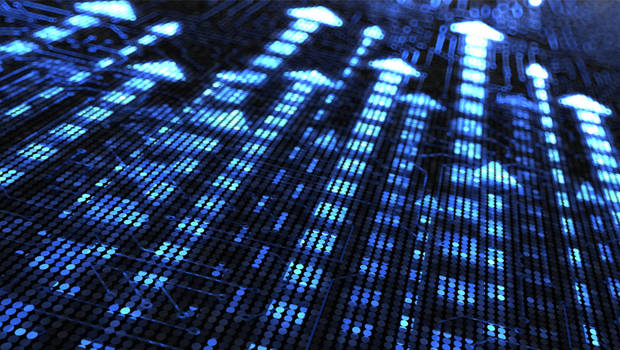 How resilient is the global mergers and acquisitions (M&A) market? That was the question an esteemed panel of dealmakers — Massimiliano Ottochian, group head of M&A at Generali; Marco Caggiano; co-head of North America M&A at J.P. Morgan, Mena Lindlar, head of mergers & acquisitions at Philips; and Brian Healy, co-head of mergers & acquisitions, Americas at Morgan Stanley — sought to answer on a recent webinar. (You can watch the discussion in its entirety here.)

Global deal activity broke all records last year with M&A volumes reaching USD 5.9 trillion. This growth was in part generated by an abundance of inexpensive capital sources fueled by low interest rates. This has allowed corporations to deploy capital to grow. The rapid rise of special purpose acquisition companies (SPACs) which made up 20 percent of U.S. deals, also fueled the M&A market. This was a short-lived phenomenon that inflated overall deal activity.

After a record-breaking year, global dealmaking shows signs of abating. Alongside the rise in interest rates and inflation, geopolitical uncertainty makes it difficult for businesses to predict their affairs, as well as the profitability of their potential targets. Sellers within the market have not completely adjusted either to the economic reality that they are facing. This is causing a disconnect, thus leading to a cautious approach. Corporate performance is a big focus and importance is placed on solving already existing issues such as supply-chain shortages and creating contingency plans for future inflation and general uncertainty.

When looking at the broader macro environment, volatility is a major headwind that consistently depresses M&A activity. This dynamic suggests that over the last 15 years, volatility has led to a reduction of up to half of M&A spending.

There are still approximately USD 100 billion worth of M&A underwrites that need to be cleared — and this only represents a small portion of the overall market.

The leveraged finance market is also significantly more challenging than in 2021. Compared to 2007, the underwritten M&A pipeline was around 30 percent of the high-yield and leveraged loan market. Today that figure is under five percent. There are still approximately USD 100 billion worth of M&A underwrites that need to be cleared — and this only represents a small portion of the overall market.

As the leveraged finance markets have seized up in the U.S., it has become harder for private equity sponsors to access capital. Banks that rely on syndicated finance are struggling to adhere to commitments made before the rise of interest rates and conflict in Ukraine. They are now struggling to deploy new capital and facilitate private equity sponsor activity that meets these commitments.

Corporates and private markets under pressure

The overhanging issue of the syndicated bank market is not as bad as it was in 2008. However, corporations are still faced with the issue of whether to continue putting out financing that is expensive relative to historic rates, which will ultimately affect the private equity industry’s ability to pay.

The current USD 100 billion on the M&A calendar needs to be cleared to make room for the demand for other deals. Fifty percent of the calendar is represented by five deals: Citrix, Tenneco, Nielsen, Tegna and Twitter. Once these deals are done the overhang will be cut in half.

Sponsors have also been relying on limited partners to co-invest in the signing, and this behavior will be interesting to see as we enter a period of even higher volatility. Will they continue to be interested in increasing their exposure by aggressively participating in deals, as they are already invested in the fund? This has been an important source of funding for the larger deals that are contributing a greater percentage of the sponsor volume.

Now, private equity is either less present or having trouble as the need to put forward more equity to be able to complete transactions persists. This creates an opportunity for corporates that are competing for assets against private equity investors in both Europe and Asia. When the conflict in Ukraine broke out, assets with an Eastern European angle were at higher risk than before, and some private equity firms withdrew due to that environment. From a valuation and return perspective, private equity must reformat and figure out how to make it work during this volatile period.

The problem with valuations

The higher price expectations are causing low public market valuations. This is leading companies to wait for an improved environment for their financing, and funding that will better deliver on their return expectations. Specifically, in the tech space, opportunistic bids for fallen angels are being set aside due to how quickly valuations are coming in. The data suggests that firms are selling for lower percentages of their 52-week high and on average are getting higher premiums. Although volatility decreases M&A spending and activity, companies that are willing to go out and conduct business in this volatile environment are being rewarded by the market. They can continue to trade at a premium soon. Essentially, if companies are willing to take that risk in a volatile market which is rewarding growth and scale, M&A is a potentially profitable strategy.

Consequently, in the first half of 2022, diversified Industrials and Tech saw the most activity. The fintech industry is also producing an increasing number of opportunities, as there are fewer opportunities within other sectors to raise capital and finance growth. Despite this opportunity for growth, and the discrepancy between expectation and implied cost of capital, and the actual evaluation is very high.

The rise of environmental, social and corporate governance (ESG) within corporations can be seen within the M&A markets. It has become normal that in every transaction, due diligence must be conducted concerning ESG. Stakeholders are increasingly conscious of ESG elements and regulators are also becoming progressively aware of ESG when analyzing a transaction. This is already a prominent practice in Europe and becoming more common in the U.S. and Asia.

Alongside ESG, areas that are also of concern are compliance, regulatory quality, data privacy and cybersecurity.

ESG considerations have changed institutional investors’ decision-making processes too. For instance, banks are beginning to make lending decisions based on ESG profiles and this will lead to certain industries having an increase in their cost of capital. As a result, corporations will react by acquiring greener companies and begin to transition the others out. Alongside ESG, areas that are also of concern are compliance, regulatory quality, data privacy and cybersecurity. These factors are only becoming increasingly more important compared to three to five years ago. All three components of ESG are equally considered value drivers, and according to research by J.P. Morgan, around 80 percent of their board directors agreed this directly impacted their investment decisions.

A new phenomenon within the industry has been activists acquiring stakes in companies and then offering to buy the company themselves. The biggest concern for a corporate board is not ESG activists, but the ESG exposure and other matters within the business that activists could also target. By using ESG as the angle to allow them to force greater change within the company, they can spearhead changes in the company’s management or governance.

Can SPACs Make a Comeback?

Temperature’s Rising: The Growing Importance of ESG to EMEA M&A

Ronjohn Dadd is a North America sales leader based in New York. His team is focused on providing Intralinks products and services to the largest, most strategic advisory firms in the world. He is responsible for go-to-market strategy and delivering technology solutions to solve complex challenges for key clients in the financial sector.