“We were going through a period of significant growth and needed a platform that could help us to manage that growth. We needed something that could manage the sheer volume of documents for our fundraising and Intralinks proved the ideal choice.”

CBC’s first formal round of fundraising took place during 2008 and raised £250 million. Its successor fund launched in 2011, raising a further £420 million. CBC expects to launch a third fund in 2014, building on existing investor relationships while also attracting a new pool of potential investors.

In 2011, with its second fund about to launch, CBC knew it needed a better system to manage its fundraising process. It chose Intralinks to provide a platform for all fund documentation, giving prospective investors access to information held in a central repository. Intralinks is well known and well respected within the investor community, and many CBC investors were already utilizing it in other investments.

CBC had well over one hundred potential investors for its second fund. With Intralinks, it could quickly and easily make the required information available to those investors. By eliminating time-consuming email document distribution, individuals within CBC are freed up to concentrate on other value add tasks. In addition, using Intralinks, CBC has greater control over its capital-raising processes; the CBC team can track who has accessed the fund documentation to quickly assess the level of investor interest.

As prospective investors moved through the due diligence process, they were given increasing access to information according to their level of interest. During the second fundraising cycle, CBC placed more than 250 documents on Intralinks. With a single password for investors to access all relevant records and documents, Intralinks not only aided document distribution, but also simplified document access for investors.

“We’ve had very good help and support from the Intralinks support team and the 24 hour helpline works very well,” commented Nairn Black, Investment Director at CBC. “At times when we’ve been uploading documents in the evening, the helpline has been invaluable.”

Until 2012, CBC collated the information and distributed these financial reports manually using email but this was both complicated and time-consuming. Since 2012, CBC has used Intralinks to create and distribute branded reports for its funds, saving considerable time while also reducing errors. A process that previously took more than one day is now completed in just sixty minutes.

“With Intralinks, we are able to respond very quickly to any requests from potential investors and then publish the details to a wider audience,” explained Shauna Powell, Partner. “Our placing agents have said that our backend processes are the best they’ve ever seen – that we are very organized and very thorough.”

Intralinks provides CBC with a central documentation storage facility; a single repository for all current and historical information, communications and reports relating to each fund. Every document is held centrally enabling easy access to fund information, both for CBC and its investors. This also ensures CBC meets it Financial Conduct Authority compliance obligations to maintain comprehensive records of all transactions and communications. 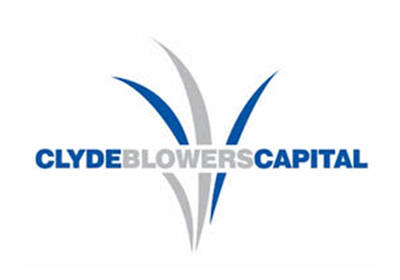 60 Minutes: A task that previously took more than one day, now completed in 60 minutes

Is CMBS Finally Rebounding? A Panel of Experts Weigh In

How Technology Is Impacting the Investor Relations Role