Intralinks ensures smooth and secure merger between FlixBus and MeinFernbus

FlixBus was founded by three young entrepreneurs in Munich and launched in 2013, with the goal of making sustainable bus travel both comfortable and affordable. In 2015, a merger with Berlin-based startup “MeinFernbus” established the company as the German leader in long-distance bus travel.

Since then, FlixBus expanded internationally to establish long-distance domestic bus networks in France, Italy, Austria and the Netherlands, as well as regular cross-border services to Scandinavia, Spain, England and Central and Eastern Europe.

With an international team of nearly 1,000 employees throughout Munich, Berlin, Paris, Copenhagen, Milan and Zagreb, along with thousands of its partners’ bus drivers from across Europe, FlixBus’ network has grown to include around 100,000 daily connections to nearly 1,000 destinations in 20 countries.

FlixBus required a virtual data room (VDR) that would support its major deals, including the merger with MeinFernbus, allowing it to manage a huge volume of legally and financially sensitive documents and carry out due diligence on various parties involved in the transactions.

Everyone involved in the process already had a positive experience of using Intralinks. Their familiarity with the platform, along with Intralinks’ reputation for ease-of-use, security and customer support made it the right option for FlixBus.

Ensuring the security of information is crucial in any M&A process or funding round. Fortunately, Intralinks’ platform allowed FlixBus to control which documents particular parties were able to see, open and edit, as well as manage who could see who else was in the data room at any given time – critical for auditing and compliance purposes.

In addition, Intralinks’ convenience and flexibility ensured that the merger process was as smooth as it was secure. The platform is easily configurable, and can be used for a number of purposes in supporting a variety of different deals. This, coupled with the consultancy offered by the customer support team, meant that FlixBus was able to set up the virtual deal room quickly and with minimum fuss. Using Intralinks actually saved around two hours a day on dealing with external queries, and reduced administration time by 30 percent.

To date, Intralinks has been used successfully by all parties involved in FlixBus’ three major deals: the acquisitions of Megabus in continental Europe, Postbus in Germany and the merger with MeinFernbus.

M&A Due Diligence
Transportation and Warehousing 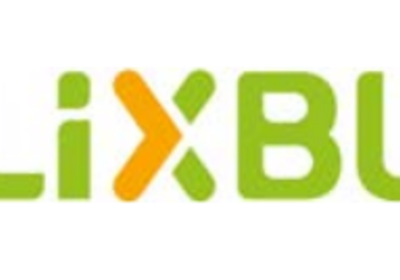 2 Hours a day saved on dealing with queries