Intralinks’ specialized service and support helped DuPont streamline the due diligence processes — even though the sales team had no prior experience with the application.

With $36 billion in net sales for 2013, E. I. du Pont de Nemours and Co. is a major provider of science and engineering products, materials, and services. It does business in 70-plus countries, supporting multiple markets, including the agriculture, clothing, construction, and electronics industries.

In 2006, DuPont decided to sell its protective coatings unit and its special adhesives unit. Complicating the transactions, these businesses were operating in eight countries, including Germany, France, Japan, Italy, China, and the United States. Acquiring relevant market data to support sales was a major merger and acquisition challenge.

There were also eight major potential buying groups worldwide. Having different groups physically entering secure M&A data rooms, in different stages, would have been time consuming and cumbersome. To reduce the impact on its operations, DuPont needed to quickly collate and share all relevant market information for the business lines. The solution to the problem was to go virtual, providing data to all interested parties simultaneously, and with complete security.

DuPont’s German legal team oversaw the sales, and selected Intralinks as its virtual data room (VDR) provider. There were multiple reasons for the choice.

“Round-the-clock access to all of the documents was essential for a successful sale,” says Anja Schott, the DuPont data room manager. “Our partner needed to be able to provide a level of service that would reflect the status of a business like DuPont, and Intralinks was able to deliver that.”

The legal team had no experience with a VDR, so Intralinks provided the team members with intensive system training, as well as a German speaker to assist with support. Additionally, Intralinks gave the team examples of real-world indices that had been already successfully deployed by other customers. This simplified the due diligence process for buyers and accelerated the deals.

About 100 people could access Intralinks during the deals, which were executed separately. Schott, who had overall access control, could add new buyer groups and individuals in as little as two minutes. She could also delete or deactivate groups as needed.

With Intralinks, the sell-side remotely controls what any buyer group can see at any particular time. At the initial stage, DuPont was able to release limited data. As the process continued, Schott had the power to grant document viewing permission to certain individuals. This was helpful for limiting access to what DuPont’s competitors were able see — until it was clear they were there in good faith.

DuPont also could see who was viewing what materials, and Schott could verify the buyers had correct data during the bidding. “It was critical that they had access to the right documents when we were down to the last buyer groups, and that there were no slip-ups,” Schott explains.

Intralinks’ support and services helped DuPont close its deals before the end of 2006. DuPont sold the protective coatings unit to a Swiss firm. It also completed a divestiture of its special adhesives unit to a French company.

Additionally, Intralinks was able to document, via DVD, that the transactions were executed compliantly. It can provide a hard copy of what any viewer might have accessed during the sale.

“Following the success of this deal I look forward to using the system again,” says Schott. 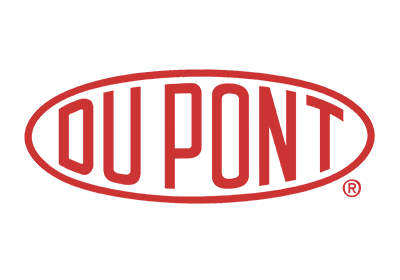 Intralinks’ system proved to be absolutely the right solution for our projects. As well as providing a user-friendly and robust solution that ensured the projects were completed seamlessly, Intralinks backed us up with a level of customer service and support that was exactly tailored to our needs.