Lloyds Business Brokers is an M&A advisory firm with offices throughout Australia. Lloyds is dedicated to delivering positive results for clients through a more hands-on advisory approach. Lloyds consultants are qualified advisors with a wealth of business experience who guide business owners through the M&A process step by step. Lloyds prides itself on giving advisors a smaller portfolio of assignments to ensure maximum attention and a high success rate. The company has had a number of recent successes, particularly in the industrial and manufacturing verticals.

Valtegra LLP is a London-based, privately held investment company that targets investment in mid- market companies, which are facing unique situational challenges. Valtegra typically focuses on opportunities that fall outside the scope of mainstream investors and usually require active collaboration with shareholders and other key stakeholders in order to realize a successful transaction. The firm has a track record in executing highly accelerated and complex transactions.

Founded in 1975, Arrows Express is a success story in the Australian time-critical freight industry. The company has a strong reputation for on-time deliveries, with a modern truck fleet and company- employed drivers. At the time of its sale, Arrows Express counted among its customers DHL, UPS, and FedEx, among others. The owner of Arrows Express, who founded the business after a career as a truck driver, sought out Lloyds Brokers to help him find suitable investors who could help grow the company and provide an exit strategy.

Arrows Express was a challenging M&A client for Lloyds, due to the nature of the business. Every time the company inks a new deal to serve a specific customer, it has to make a significant capital investment in new trucks to serve that customer. As this can substantially change the financial fundamentals of the company, any potential buyer of the company would need to be secured within a short window of time between such deals. Further complicating the deal, the owner of Arrows Express was highly sensitive to confidentiality – he did not want competitors to catch wind that the company was seeking an acquirer.

“When we started working with Arrows Express, the company had just secured another lucrative contract,” said Garry Stephensen, Managing Director at Lloyds Brokers. “The owner was at a point where the next deal was going to require an investment in another 10 to 15 trucks, which would represent $3 to 4 million in capital equipment and drive up the price of the company. We had to find the right purchaser before that happened.”

After evaluating the local market and its own network of close contacts, Lloyds determined that it would need to expand the scope of its search internationally to find a buyer with the financial and operational wherewithal to consummate this deal. To effectively expand its reach without compromising security or confidentiality, Lloyds turned to the Intralinks Dealnexus online deal sourcing network.

Stephensen had first heard of the IntralinksDealnexus platform in 2013, when Lloyds was testing several deal-making technologies in an effort to modernize its deal- making process. Arrows Express was the first deal in which he used Intralinks Dealnexus, creating a Blind Deal Profile in August 2014. The security and confidentiality capabilities of Intralinks Dealnexus satisfied the stringent requirements of Arrows Express, while at the same time allowing Stephensen to intelligently and discretely market the opportunity to a global audience.

Shortly after launching the opportunity on Intralinks Dealnexus, multiple initial inquiries began to stream in. Among them was Valtegra LLP, the ultimate buyer, which reached out to Stephensen five days after receiving the Blind Deal Profile for Arrows Express. “Intralinks Dealnexus makes us more efficient by enabling us to expose our deals to a larger audience,” Stephensen said. “Intralinks Dealnexus eliminates a lot of the traditional grunt work involved with taking a deal to market – spending hours researching potential buyers and sending out emails or making phone calls.”

Francis Milner, Managing Partner and Cofounder at Valtegra, began using Intralinks Dealnexus in much the same way Stephensen did – through the recommendation of a colleague. “Before Intralinks Dealnexus, we used a traditional investment banking style – it was very proprietary and relationship-based, which also makes it quite limited in scope,” he said. “Because we are small, and a little bit different, we typically won’t be on the radar of a lot of midmarket advisors. Intralinks Dealnexus enables us to engage advisors who otherwise would not know about us.”

Nearly all of Valtegra’s past deals were based in Europe, and the company was not targeting Australian businesses for acquisition. But, as a matter of chance, one of Milner’s partners has experience in the Australian logistics industry, and recognized Arrow Express as a unique opportunity. Matching a Europe-focused buyer with an Australian seller – when neither was actively seeking the other - was kismet, according to both sides. But Intralinks Dealnexus saw the match.

“This deal is a good example of Lloyds being on the other side of the world and being able to reach us,” Milner said. “They wouldn’t typically have access to us. We’d normally be speaking with the Deloittes and the KPMGs of the world.”

Stephensen added: “This deal probably never would have happened without Intralinks Dealnexus.”

It took seven months from initial contact to deal closing, which enabled Lloyds to meet its client’s critical time requirements.

Milner said that Valtegra has more than doubled the size of his advisor network through Intralinks Dealnexus, and has materially increased his deal flow pipeline. “With Intralinks Dealnexus, we can see advisors who have mandates in relevant regions and market spaces. It more-than doubled our number of potential advisory contacts,” he said. Additional benefits include: 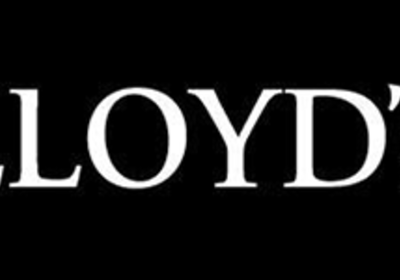 “Intralinks Dealnexus eliminates a lot of the traditional grunt work involved in taking a deal to market – spending hours researching potential buyers and sending out emails or making phone calls.”

“Intralinks Dealnexus enables us to engage advisors who otherwise would not know about us.”

What You Need to Know About Schemas for LIBOR Contract Remediation

Debt Capital Markets: A Panel of Experts Looks Ahead [Video]

The Case for Adopting Fintech Innovations in Hong Kong