Now is the “greatest technological evolution” of a lifetime. 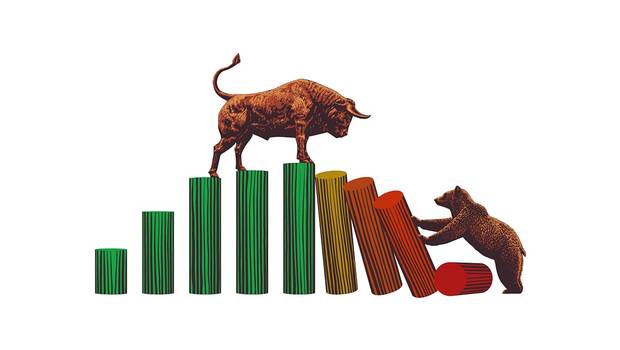 The group reviewed the opportunities and trends that the panelists had been following — and capitalizing on — in recent months, specifically those that could be expected to gain momentum over the next year. Mark shared that he’d been impressed with what has happened in digital assets, especially with non-fungible tokens (NFTs). His firm had recently led a successful round for Gemini, a privately held cryptocurrency exchange that set the world record for an NFT sale on the Nifty Gateway in December 2021.

Alifia shared that she has been keeping an eye on artificial intelligence (AI) and machine learning and how these technologies are being used to change employment and education. “We've invested in some interesting companies that are looking at [using] AI … to take biases out of hiring so that you get the best workforce that you can,” she explained.

Hans added that his firm has approached the digital space with a focus on investing early, grabbing a meaningful stake and working to scale companies. But, he added, “...it’s not just investing early or investing in tech clusters worldwide … we think of Tech that will outperform the rest of the sectors over a longer period of time. And the theme behind that is really digitalization of the offline economy over a longer period of time.”

He offered two examples: Media and Retail. Media, he said, is the most internet-penetrated sector in the U.S.; yet digital marketing represents just 46 percent of total ad spend. In U.S. Retail, e-commerce represents roughly about 15 percent of sales. In China, which can be considered the most developed e-commerce market in the world, it’s still only about 25 percent. There’s huge growth still to come in these sectors, and that’s what he and his partners have their eyes on.

Gina then pivoted the conversation from insights to hurdles. She asked the panelists: “What are the challenges that you see to your space?”

Alifia told the group that in the Sustainable Infrastructure space, few companies have reached the necessary scale thus far. Investors have to be in early, assuming considerable risk. “You have to do it in a way that is beneficial for your portfolio,” she counseled. “And that you're not taking outsized risks.”

Mark expressed concerns around resistance to change in legacy industries and the ways in which major players in those sectors influence regulatory responses. Incumbents, he said, use regulation to try to slow down disruption.

“It's been that way forever,” he added, sharing an example from turn-of-the-century New York. When early automobiles first started driving the streets and avenues of the city, street sweeper companies — who profited off of the messes left by horse-driven traffic — tried to have a law passed making it illegal to drive a horseless carriage. The tactic failed. “There is innovation and it is going to happen,” he said.

Another factor that could curtail progress is a lack of properly educated talent to keep the momentum going, especially in the U.S. “I think our biggest risk to this digital future is education,” he said. “Today, we graduated 450,000 STEM engineers in the United States — not nearly enough. China will graduate 4.5 million.”

Despite these concerns, however, the group expressed unanimous confidence in technological innovation and the role it will play in the coming years. “We're on the verge of the greatest technological evolution that I'm probably going to see in my lifetime,” Mark said.

Press the play button below to watch the entire discussion and hear additional insights from the participants.