M&A in Renewable Energy Powers Ahead

As disruption and the volume of deals continues to grow, Raquel Perez Martinez of EDP Renováveis shares insights on shifting corporate strategies in the wake of the renewable energy revolution. 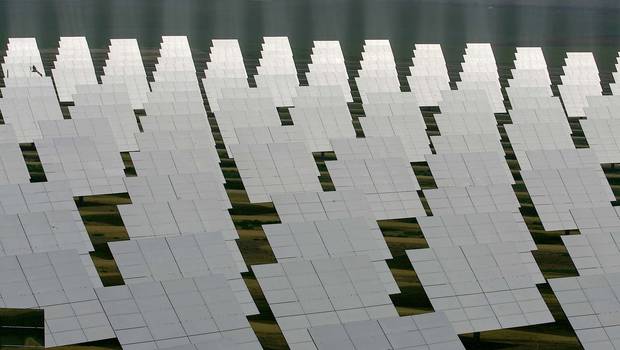 The spotlight is shining on renewable energy. In the wake of decreased demand for energy brought on by the COVID-19 pandemic, renewable energy has remained resilient during government-ordered lockdowns and travel bans intended to slow the spread of the disease. The Electricity Market Report published by the International Energy Agency (IEA) in December 2020 revealed that renewable electricity generation grew by almost 7 percent last year. This growth comes in the wake of governments looking to rebound from the pandemic announcing a host of investments in green energy and climate initiatives to stimulate economies and achieve decarbonization goals.

Among the more than 100 countries that have pledged to get to net-zero emissions in the next 30 years, the U.K. announced its ambition to become a global leader in offshore energy, powering every home in the country with wind by 2030. Spain will inject EUR 181 million into renewable energy projects in seven regions. China, the world’s largest emitter of greenhouse gas, pledged to cut carbon emissions per unit of economic output by over 65 percent and boost the share of non-fossil fuels in energy consumption to roughly 25 percent by 2030.

In late January 2021, the Biden administration announced a flurry of executive actions, including the doubling of renewable energy production from offshore wind by 2030 to make the U.S. carbon neutral by 2050.

The renewables sector is gaining momentum at a time when environmental, social and governance (ESG) factors are fueling how investors are evaluating targets. Mergers and acquisitions (M&A) dealmaking will certainly be an important tool for beleaguered energy firms hit hard by the downturn.

To learn more about M&A in the burgeoning renewable energy industry, we spoke with Raquel Perez Martinez, who is the executive investments and M&A director Europe and Brazil at EDP Renováveis (EDPR), a leading renewable energy company based in Madrid. EDPR designs, develops, manages and operates power plants that generate electricity using renewable energy sources. It is the world’s fourth-largest wind energy producer.

During our conversation, Raquel offered insights about the current state of the renewables industry, her role at EDPR and how ESG is top of mind at the company.

SS&C Intralinks: Can you tell us about your role and your organization?

Raquel Perez Martinez: EDPR is a global leader in the renewable energy sector and the fourth largest wind operator worldwide. We develop, build and operate wind and solar PV projects and we are developing our offshore business through a vehicle called Ocean Winds.

My current role within the company is business development and M&A leader for Europe and Brazil, which covers eight of the 14 geographies EDPR is currently present in and represents roughly half of the business.

Let’s start with the future of the energy sector. How do you think the pandemic has and will impact the renewables industry as a whole?

What we have seen across markets has been a significant drop in energy consumption due to factory shutdowns, lockdowns and other restrictive measures adopted to mitigate COVID-19 spread.

Less demand has driven electricity prices down in the short-term. In terms of technology, the most affected generation units have been those that use fossil fuels, especially coal plants and to a lesser extent gas-fired plants (CCGTs) since the variable cost of electricity generation from renewable sources is much lower.

This situation is fast-forwarding energy transition and we are witnessing how plans for closing down coal plants are accelerating. This translates into growth and increased investment targets for the renewables sector.

How do you imagine the energy market in the future?

At this point, I believe we can safely say that transition to the generation of electricity through renewable sources is unstoppable. There are still important issues that need to be resolved — the biggest one being the management of the intermittency of energy generation through renewables. Despite the efforts in research and development around batteries and other storage methods, we are still far from solving this issue. The second big uncertainty is adoption scalability. In developed economies, the biggest issue is transport but there are other things that can also have a very significant impact on our business such as distributed generation and the development of transmission networks. Another very interesting thing that is currently being explored is the production of hydrogen from renewable sources as a substitute for fossil fuels.

I would say that the trend is very positive both for the consumer and the environment. This is the part of the job that excites me since as an industry I believe we are shaping a better world for the future.

As Europe slowly reopens for business, how will corporate strategies shift in the post-COVID-19 world? What will be the impact on investment in the sector?

As I commented previously, we are seeing renewable targets increase due to the acceleration of energy transition initiatives in most countries. Also, renewables (wind and solar PV) are cost-competitive and in many cases the cheapest and fastest way of adding generation capacity to a system. From an investment perspective, there is still a lot of liquidity in the market fueled by low interest rates, and on the other side of the equation, a shrinking universe of investment-grade type assets due to the COVID-19 crisis. This situation is increasing the demand for renewable assets from investors (infrafunds and pension funds), oil & gas companies that are willing to open new business lines to compensate for the decline in the oil business, as well as all the incumbents and more traditional operators. This means we are witnessing a surge of M&A transactions in the renewable space, across the value chain (developers, under construction and operating assets) and with record-high valuations.

Companies are facing growing investor pressure to improve gender diversity and address ESG issues. How does a global energy company like EDP approach the topic of ESG?

ESG is very much at the core of EDPR’s company culture in all three dimensions. As a renewable energy company, we are very environmentally focused and not only on the cleanest production of electricity by source but also on the selection of components, recycling of maintenance oils, dismantling of generation units, complying with environmental regulations and restrictions and generally performing at our best in all phases of the value chain.

EDPR stakeholders are also at the center of what we do, which includes not only investors, shareholders and employees, but especially the local communities in which we deploy our projects. We assist with community development through various programs and also contract and source locally as much as possible.

Do you think ESG issues carry the same weight in the equation?

I believe it is difficult to address all issues at the same time. Both environmentally and socially, I would say EDPR currently is performing at the highest standards. Regarding corporate governance, the company is improving significantly and making efforts to address diversity and gender equality representation at all levels of the company. In fact, in 2020 EDPR joined the Bloomberg Gender-Equality Index.

Following the pandemic crisis, do you think governments will encourage growth and innovation in the sector as part of ESG pressures, or will it be de-prioritized?

I hope not, although honestly, this is all about the values and standards that we have as a society. If we as individuals and consumers demand certain behaviors and values from companies, they will need to adopt those standards or else they will fail.

It is no secret that the gambling and tobacco businesses have issues attracting talent despite their efforts to improve in ESG [metrics]. In those examples, there is a clash between the values of the person and what the company is trying to promote. If we want to improve in ESG, we need to invest in education and in improving our standards.

Following the increased focus on ESG, have you seen an improvement in gender diversity issues in your sector?

There is an improvement in gender diversity across industries. In energy, in particular, it is taking longer since — despite gender diversity increasing in corporate roles — there are still other roles that are not attracting female talent (engineering, construction, operation and maintenance). The energy industry is experiencing a substantial shift with renewables gaining more prominence and the oil and gas industry experiencing substantial changes. As companies adapt to the energy transition, employees need to adapt as well.

What are the main opportunities that women can benefit from in this evolving sector?

I believe there is currently an opportunity for both men and women in the renewables sector. It is a sector with very good growth prospects and where there is growth there is opportunity. It does not matter how good you are; if you are in a declining business, opportunities become scarce and so do your options.

Another positive is that renewables are a young industry that translates into a younger workforce. In my experience, this has been helpful when trying to improve gender diversity. Not all people are the same of course. However, younger generations tend to view women in positions of authority more naturally.

As featured in the Q2 2021 SS&C Intralinks Deal Flow Predictor.

Beatriz Meléndez is the account executive on the Spanish team in charge of relationships with energy companies. She joined SS&C Intralinks four years ago and has covered key corporate transactions in the energy sector. Beatriz has also worked with the largest Spanish banks and telco companies. Prior to joining the company, she worked for Santander bank. She holds a degree in law and a master’s degree in management and international trade.