U.K. M&A Is Outperforming the Rest of Europe

Activity is soaring in a market brimming with confidence. 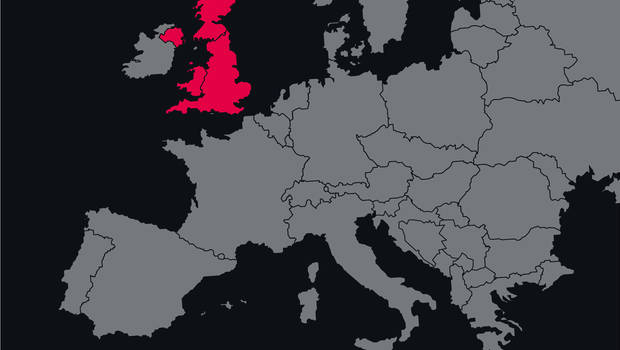 Optimism is high in the U.K. and there is great anticipation that the highly active M&A market will continue over the next few quarters. The U.K. remains the most active market in Europe, and market indicators show a positive upward trend in deal activity, with U.K. deal count up an impressive 100 percent YoY.

According to reports from KPMG and Deloitte, M&A activity in the U.K. will remain strong due to interest rates remaining at near-record lows, strong central bank support for the economic stimulus, high levels of private equity (PE) dry powder and corporate cash reserves. Resumed confidence is spurring activity worldwide and is contributing to a hot M&A market while companies and funds scramble to take advantage of cheap money to buy desirable assets.

Taken together, the heightened state of activity is causing valuations worldwide to rise, although there haven’t been specific valuation changes seen in the U.K. However, valuations for Tech firms have increased throughout the pandemic along with Power & Energy, especially Renewable assets. The Industrials sector is also very active, securing seven of the 10 largest deals in EMEA in April 2021.

Since the beginning of April, issuances of special purpose acquisition companies (SPACs) have dropped almost 90 percent from all-time highs in March following accounting guidance issued by the U.S. Securities and Exchange Commission (SEC) that would classify SPAC warrants as liabilities instead of equity instruments. Although SPACs have still not materialized in the U.K. to the degree they have in the U.S., there is concern that regulators, including the FCA in the U.K., will follow in the SEC’s footsteps and introduce enhanced oversight as well.

A cocktail of positivity with a dash of risk

A stark contrast in activity remains between regions that have opened compared with those that are still locked down. For example, the U.K. has outpaced the continent on unlocking speeds while also outpacing the rest of Europe in both M&A deal flow and economic activity. A similar comparison can be made between the U.S. (which is open) and Canada (which is closed), where the U.S. Secretary of the Treasury Janet Yellen has warned that interest rates may need to rise to prevent the U.S. economy from overheating, while Canada remains in recessionary territory.

Overall, there is still quite a bit of reflection to be made on the past year. We’re still considering the adaptations and changes that were made and curious as to what will stick and what will go back to “business as usual.” Frankly, we just don’t have enough concrete data yet.

On one hand, we saw a steep acceleration in Q1 2021 as transactions that had been put on hold suddenly had wind in their sails again. However, we also saw a slowdown toward the end of the first quarter as regulators delayed processes.

It will still take some time before everything evens out again, but right now signs are positive for M&A in the U.K.

For more 2021 insights from the U.K. and other regions across the world, check out our detailed predictions in the Q3 2021 SS&C Intralinks Deal Flow Predictor. Independently verified as a highly accurate six-month forecast of merger and acquisition (M&A) activity, the SS&C Intralinks Deal Flow Predictor is compiled by tracking early-stage M&A transactions that are in preparation or have begun due diligence globally.

As sales director for the U.K., Ireland and Middle East markets, Taufik is focused on empowering dealmaking professionals to leverage technology with complete control and confidence. Taufik has 14 years of enterprise solution experience at leading software companies in their respective fields, such as OpenText, Alfresco and Privitar. During his career, he has supported companies through the adoption of cloud computing services and solutions to help organizations to improve workflow and productivity. He specializes in data security and privacy.