John Lash, the founder of Darkhorse Global, provides an overview of regulatory hurdles to foreign investments in the U.S. 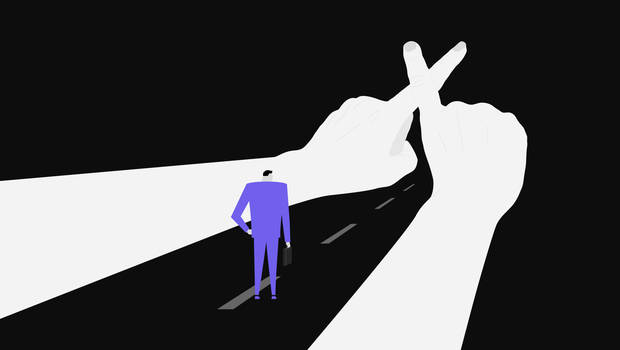 The Committee on Foreign Investment in the United States (CFIUS) is an interagency committee authorized to review certain transactions involving foreign investment in the U.S. in order to determine the effect of such transactions on the national security of the United States. Transactions are reviewed by CFIUS as part of the regulatory approval process and can result in three potential outcomes: (1) a deal can be cleared with no unresolved national security risks, (2) a deal can be cleared with mitigation, meaning additional security conditions on the deal parties, or (3) the Committee can recommend that the President block the transaction, which will often result in the parties abandoning the deal before a formal block.

Important to note is that if the parties do not notify CFIUS of the transaction and receive clearance, the Committee can unilaterally investigate the deal post-closing and have the authority to impose mitigation conditions or direct the companies to divest from the U.S. business if there are national security concerns which cannot be appropriately mitigated. CFIUS may also impose significant financial penalties on the parties for material misstatements or omissions, or failure to comply with CFIUS requirements — and those penalties can be up to the value of the transaction.

Based on the latest data from the 2020 CFIUS Annual Report to Congress, it was a busy year for dealmaking throughout the pandemic, with a total of 313 filings (full notices and declarations) as compared to the 325 total filings in 2019. The deal flow remains consistent even though investment activity from China has decreased significantly from a CFIUS standpoint, with 55 covered transactions in 2018 compared to only 17 in 2020.

Additionally, CFIUS utilizes various methods to identify non-notified transactions, which include interagency referrals, tips from the public, media reports, commercial databases and congressional notifications. The 2020 CFIUS Annual Report to Congress disclosed that there were 117 transactions identified through the non-notified process in 2020 that were put forward to the Committee for consideration, with 17 of those resulting in a request for filing.

Will the trend of market volatility continue?

CFIUS is playing an extremely important role right now for dealmakers, particularly in the technology, data and infrastructure industries. There have been multiple deals in 2021 that have found themselves in the crosshairs of the Committee as we see a continued evolution of national security in a technologically and economically interconnected world.

I would expect this trend to continue into 2022 and beyond as the U.S. remains a key hub for technological innovation, with many cutting-edge technology companies seeking investment capital and global market access through foreign partnerships. Including CFIUS risk in deal calculus, whether on the buy side or the sell side, is critical for deal timing and certainty. In addition, even if a deal does get approved, there are times when the mitigation is so significant that the transaction parties may lose some of the economic reasonableness of the deal — such as if they can’t share technology or if there are supply chain restrictions.

High-profile SPACs have been dominating the capital markets as the world continues its post-COVID-19 recovery. In these times, the alternative M&A structure has become more mainstream due to various attractive characteristics for both an investor and target – including that a reverse merger is nearly always faster and more streamlined than a traditional IPO. Other important considerations include factors around access to capital, potentially constraining listing requirements and opportunistic valuations. While the SPAC provides sponsors and targets with greater flexibility for deal terms, timing and diligence there are potential risks that should be considered specific to CFIUS.

Now I want to disclose that I recognize these regulatory risks may seem counterintuitive since going public is often a way to mitigate against national security risks due to the dilutive nature of the deals, but these are very relevant considerations.

The first is whether the original U.S. target company has received any prior investments from foreign persons and whether those investments were cleared by CFIUS. We sometimes see early-stage seed investments or Series A investments receive a look from CFIUS only after the company is put on the radar due to the SPAC.

In addition, if the SPAC sponsors are considered foreign persons the deal may also be subject to CFIUS jurisdiction. Parties, particularly the U.S. target company, should carefully evaluate the deal structure and cap tables to evaluate whether this may present any potential national security risk.

A: Engaging with CFIUS during the “de-SPAC” transaction process is not ideal for sponsors or targets as it may slow down the speed of the deal and throw off what was a streamlined process to IPO. However, addressing these issues proactively, transparently and aggressively will put parties in the best position to get the deal done.

How foreign acquirers can prepare for CFIUS review

Investors should understand that the national security investment review landscape has changed, not only in the United States but across the world. Reviews are being conducted in multiple jurisdictions and there are key questions that should be asked early in a deal around the type of business the U.S. company is involved in, whether a critical technology, dual-use technology and whether the business collects or maintains sensitive personal data of U.S. citizens. Those types of deals are very often going to be high risk, as they are high reward from an investment standpoint. Investors should be aware that they will need to provide a significant amount of information about themselves, any beneficial ownership and the level of control they intend to have over the U.S. business.

In addition, a foreign investor should have a clear understanding of what they want from a deal — whether it is a passive investment that is purely financial, or whether it is an active investment because they want/need access to certain technologies — as the risk profile around each of those investment types is different. Lastly, both foreign investors and U.S. target companies should know when to walk away, there may be times where the highest bidder isn’t the most attractive offer from a deal certainty standpoint and there may also be circumstances where the conditions required to be placed on the deal don’t make sense to a foreign acquirer.

Legislative issues policymakers should be thinking about

As the national security challenges facing the United States continue to rapidly advance in a highly dynamic, technologically connected and economically dependent world, the model for which the country makes critical decisions must also evolve. I believe there are three key considerations for U.S. policymakers:

We must look dispassionately at the impact on the domestic industry that global competition creates by recognizing that placing limitations on the ability of U.S. companies to compete on a global scale directly impacts national security, technology and economic policy.

John Lash, Ph.D. is a geo-economic and national security strategist focusing on global capital markets. An expert in national security strategy, he founded Darkhorse Global to provide businesses with the key insights necessary to make the right strategic decisions to proactively manage geopolitical, geo-economic, and regulatory risk. He assists executive stakeholders and functional teams in designing and implementing innovative approaches to maximize opportunity value from M&A, transactions and post-merger integration.