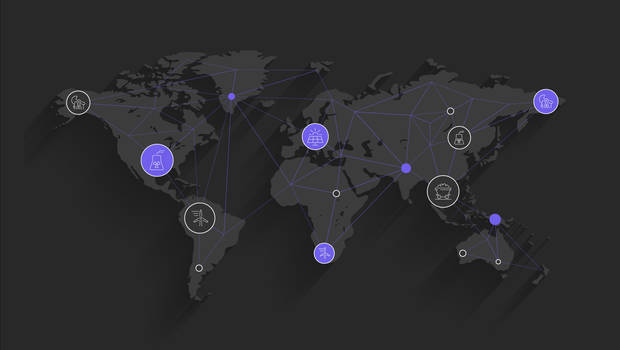 On April 20, 2020, the price of crude oil in the United States turned negative for the first time in history, falling to -USD 37.63 a barrel on the New York Mercantile Exchange. The COVID-19 pandemic hit the Energy sector brutally when the global pandemic first took hold. A year later, crude prices had made a full recovery, but lingering uncertainty across the industry fuels questions around the rest of 2021.

In Q1 2021, SS&C Intralinks partnered with Acuris’ Mergermarket on a survey of 25 dealmakers from each of four regions — Asia Pacific (APAC), Europe, the Middle East and Africa (EMEA), North America and Latin America. The survey sought to learn what dealmakers saw coming down the pipeline. The results are detailed in the newly released SS&C Intralinks Energy M&A Report 2021.

As one might expect following the global pandemic — especially one impacting various regions differently — opinions were split among dealmakers. Overall, respondents were fairly divided on the direction that mergers and acquisitions (M&A) activity might take over the next year. Forty-five percent of all respondents said that they expected overall Energy sector M&A activity to rise in 2021, while 40 percent believed it would fall. Fifteen percent said it will remain the same.

Views of the role that ESG (environmental, social and corporate governance) issues will play were also split, mainly along regional divides. While 92 percent of respondents in North America said that ESG will rise in importance, only 20 percent of Latin America-based respondents said the same.

This geographic split could also be seen around the fundraising environment. Sixty percent of the dealmakers surveyed in North America expected that fundraising would improve in the year ahead, compared to only eight percent of Latin America-based firms.

Where are Energy deals headed?

There are a few things on which respondents seemed to agree in greater numbers. The first was that many Energy deals would be centered in North America. Close to half of respondents — 42 percent — said that they expected their firms to do at least one deal there over the coming 12 months. This was followed by Asia Pacific (38 percent), Africa (29 percent), Western Europe (23 percent) and Latin America (21 percent).

In addition, a large proportion of respondents — 46 percent — indicated that they would be looking for opportunities in the Renewables subsector. In fact, investment in Renewable assets was shown to be the first choice for 16 percent of respondents and the second choice for 20 percent.

So, what might the next 12 months actually have in store? There are some reasons to be optimistic. Dealmaking typically responds positively to upward corrections in GDP, and after a 3.3 percent industry contraction in 2020, global GDP is expected to rise by six percent in 2021. Remember that Energy sector was one of the first industries to be severely impacted in 2020, yet by the end of the year, deals in this sector totaled USD 453.7 billion, a seven percent year-on-year increase. We can hope to achieve similar gains in 2021. For more insights into where and how those gains may come, click here to read the full report.

Gary Moorhead recently joined the Intralinks team as our first Energy Lead for North America. In his role, Gary works on Intralinks' largest energy relationships as well as driving the go-to-market strategy and growth plans. He brings over 10 years of experience in facilitating strategic transactions across the entire energy value chain.

Gary holds an MBA from the University of Houston and a BA in Management from Texas A&M University. During his free time, he enjoys traveling with his wife and two children, running and competing in amateur golf events.