From Kraken to Kraftwerk, dealmakers are showing a lot of creativity. 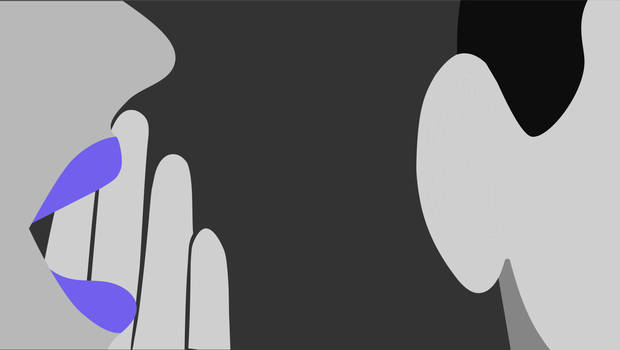 Most mergers and acquisitions (M&A) deals need a code name: one that shields sensitive information and keeps details under wraps. This is just the first step during due diligence. In today’s red-hot market, there often isn’t a lot of thought given to a name because of the speed in which deals start.

To take the stress off, we’re making our Intralinks M&A Project Name Generator available. Some deal teams like to go with whatever animal or color pops into their head, and some years we get a lot of “Project Eagle” and “Project Blue” on our platform.

But lately, we’ve been seeing many creative project names popping up that encourage us to imagine these dealmakers had something specific in mind. Here are some of our favorites from the first half of 2021 (and what we think they might mean):

“Avocado” seems an unusual name for a project. However, there are a lot of similarities between avocados and M&A deals. First, you have to select an avocado carefully. Grab one that’s too hard and it won’t be edible. Too soft, and it won’t last long enough for you to use it. An avocado has a tough exterior that must be carefully cut away and peeled back to examine the fruit. At the center is a tough pit that is completely inedible and must be discarded. But between those two tricky layers lies a delicious green interior that is high in nutrients and is an extremely versatile food. The avocado is really a perfect metaphor for dealmaking, and the more we think about it, the more we can’t believe it’s not used as a project name more often. We’re also getting hungry.

“Journey” makes perfect sense as a deal name. Every deal represents a long path traveled by corporate teams. But we like to think that this name came from an especially optimistic manager who was simply reminding his or her team: “Don’t Stop Believing.”

Sir Laurence Olivier first uttered the line, "Release the Kraken,” in the 1981 cult classic, Clash of the Titans. Nearly 30 years later, Time magazine included the phrase as one of its Top 10 Buzzwords of the Year after Liam Neeson’s more exuberant delivery of the phrase in the 2010 remake. Today, it’s become a sort of cultural shorthand for “all hell’s about to break loose.” Maybe a dealmaker had this in mind when project “Kraken” was named, calling to memory the Nordic (not Greek) mythical sea monster known for gobbling everything in sight. Maybe this deal was part of a multi-acquisitional strategy?

Merriam-Webster’s dictionary defines a “Matrix” as “something within or from which something else originates, develops, or takes form.” It’s a pretty good name for a project, especially if you anticipate this deal leading to bigger and better things. Or perhaps the name was just a fan of the Wachowskis’ classic sci-fi film series in which nothing in the real world is what it seems. It could be that this dealmaker equated their project with a search for truth buried in code. Or maybe they’re just a Keanu Reeves fan. All we know is that there is no spoon.

We kind of hope that the dealmaker who named a project “Cipher” is the same one behind the “Matrix” project, taking the name (actually spelled, “Cypher”) from one of Neo’s real-world teammates. Then again, seeing as Cypher makes a bad deal with Agent Smith and ends up obliterated later in the film, probably not. (Sorry for any spoilers, but the movie is 20 years old.)

One of Socrates’ most quoted lines is, “The only true wisdom is in knowing you know nothing.” Another is, “There is only one good, knowledge, and one evil, ignorance.” Both are worth remembering as you start digging into the details of a potential deal. Therefore, “Socrates” is a pretty apt project name.

Finally, we don’t know who named their project “Kraftwerk” after the German pioneers of electronic music. But we’re pretty sure they’d be fun to hang out with.

Click here to generate a name for your next deal
Podcast

Jamie Abbott is an Intralinks account executive based in Chicago. She supports middle-market and bulge bracket banks in both Chicago and Michigan. In more than three years with Intralinks, Jamie has worked with hundreds of projects, and was honored to have the opportunity to elect a name for one. Apart from work, Jamie enjoys spending time with family and friends and doing something competitive as she loves games. She travels most weekends but finds Chicago to be her favorite city.

Felix Hoffmann is an account executive for M&A and legal advisory based in Germany. Prior to his current role, he was responsible for the DACH region at a Dutch SaaS/e-commerce start-up in Amsterdam.