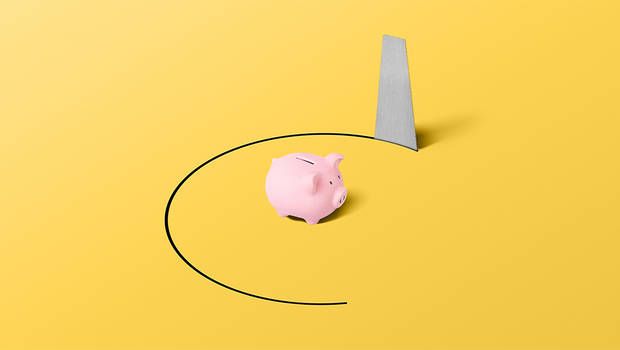 According to data compiled by Trading Economics, inflation rates in the U.S. rose by 7.9 percent in February 2022 — the highest increase since January 1982. In the U.K., inflation hit a 30-year high in March to reach 6.2 percent. Globally, the cost of living has spiraled as a result of rising energy and gasoline prices. Energy costs and supply-chain disruptions have only been exacerbated by Russia’s invasion of Ukraine.

Rising interest rates, inflation and the tragedy of Russia’s invasion of Ukraine have challenged capital markets. Given these extraordinary circumstances, general partners (GPs) will need to work hard to mitigate costs in their portfolio companies to generate strong returns.

For London-based private investment office Capricorn, this means allocating more to areas that are insulated from volatility in broader equity markets, explains Managing Director Will Thomas.

"Core real estate — for example, children’s nurseries, logistics depots and data centers — as well as increased exposure to market neutral strategies in the hedge fund and insurance spaces are central to our strategy and should continue to produce relatively strong results going forward," he says.

"We have also looked at some more esoteric investments, such as life settlement funds in the U.S. and litigation finance under the same principle. We’re looking for strategies that are less correlated to macro-economic trends but can still return a low to mid-teens internal rate of return (IRR)," he says.

According to the 2022 SS&C Intralinks LP Survey, which polled the opinions of 199 limited partners, the level of interest for direct investments from LPs increased from 23 percent in 2020 to 31 percent in 2021.

Investing directly is a way for investors to get first-hand access and insight into portfolio companies, without needing to pay fees to third-party managers.

"We have seen some LPs and family offices look to build out their own teams for direct investments, but this only makes sense at [a] significant scale when you can afford to pay up for the best people," says Capricorn’s Thomas.

It also takes time. LPs may need to start with separate accounts that are externally managed or advised and then increase their direct involvement gradually through co-investments. After that, they may begin to add specialized capabilities such as deal sourcing, valuation and mergers and acquisitions (M&A) negotiation.

Some of the work may be outsourced to external consulting firms, but this comes with a price — undermining the reason for in-house fund management in the first place, wrote Mark Silveira, counsel at MJ Hudson, in a recent article.

Tax considerations, regulatory issues and legal requirements must also be considered — and can also drive-up costs.

"For larger LPs, with several billion dollars to invest, this probably stacks up in the long run, but for smaller pension funds, endowments or families, it’s much more cost-efficient to outsource," says Thomas.

The case for co-investing

Co-investing is often considered a stepping-stone toward direct investing. Nevertheless, the number of LPs interested in co-investments stayed the same in 2021 as it was in 2020 at 33 percent. As Thomas points out,"Many people find co-invests alluring, especially if there are fee discounts applied, but we will only allocate capital in this manner if we have a long-standing and strong relationship with the manager in question."

The secondary market is growing substantially after rebounding to a record USD 54.9 billion in the first half of 2021 after falling 27.7 percent in 2020 due to the COVID-19 crisis, according to the Setter Capital Volume Report. Specifically, private equity fund secondaries were up 100.2 percent, increasing to USD 20.18 billion in H1 2021 from USD 10.08 billion in H1 2020.

"We like secondary market private equity because you generally have more visibility on what you’re buying, and quite often assets will come at a modest discount because the seller wants liquidity," says Thomas.

In fact, more investors are exploring the secondaries market, says Thomas."It’s the logical derivative of more and more capital flowing into primary private equity deals and so I’d expect this area to attract more attention now."

According to data from the LP Survey, investors were also keen for GPs to explore opportunities in Technology and Healthcare — trends that have accelerated since the onset of the global pandemic.

In 2021, healthcare PE deals posted a record year according to Bain & Company, with the number of deals up 36 percent year-on-year to reach 515 deals. Within the same time period, the total disclosed value had more than doubled to reach USD 151 billion from USD 66 billion in 2020.

In Tech, the number of private equity deals rose by 58.3 percent in the second half of 2021 from the same period in 2020 according to Verdict, a tech news outlet owned by GlobalData.

New allocations will tend to focus on familiar geographies. According to our LP Survey, nearly 50 percent of LPs said that from a regional perspective, North America was top of their list when making fresh capital commitments to GPs.

"Sixty percent to 70 percent of our managers have a U.S. bias," says Thomas."We do have a few emerging-market specialists, but if we’re looking at a new asset class or theme we’d rather start in the U.S. or Europe than layer country risk on top."

While the underlying demographics of emerging markets may be attractive, this can take a long time to play out and negative sentiment is weighing heavily on valuations now, especially in China, explains Thomas.

"We have been shown a few opportunities in pan-Asian buyout funds,” concludes Thomas. “But often the track record isn’t much better than what we see from well-known players in the U.S. and Europe."

Moving forward, both GPs and LPs will tread familiar territory to fund attractive assets to outstrip potential losses due to inflation. Time will tell if their best pays off.

Alternatives, Technology and ESG Over the Long Road Ahead