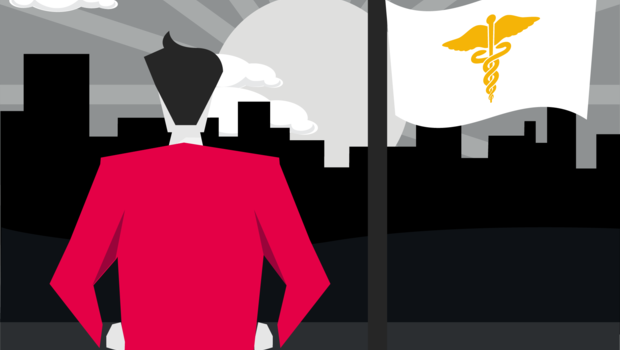 From playing a pivotal role in historic billion-dollar biopharma deals with AbbVie, Roche and Bristol-Myers Squibb – the latter being the largest in drug-development history – to facilitating smaller, business-critical transactions, Ken Schultz, M.D., has ‘been there and done that’ in the realm of mergers and acquisitions (M&A) and licensing transactions.

Dr. Schultz recently sat down with me to discuss four deals he’s been part of to date that he’s found particularly insightful. He graciously provided insight into each situation and learnings which I hope readers can utilize in their own transactions.

Deals are odd animals. Whenever you’re working in business development, you have multiple horses in the race and you never assume that they’ll all cross the finish line at the same time … much less the same day. So what do you do when an actual photo finish occurs?

On September 14, 2017, when I was VP of Innovation, Strategy and Business Development at Halozyme, we announced the largest drug delivery deal in history. The deal with BMS was USD 105 million upfront, USD 1.8 billion in total deal value, and the press release revealed the target as the checkpoint inhibitor PD-1. PD-1 is a very hot target. By 2025, over half of oncology revenue will come from immuno-oncology associated drugs.

Interestingly enough, Roche, a BMS rival, signed a deal with us on exactly the same day. They already had two drugs under public license with Halozyme, Herceptin and Rituxin, which are some of the best-selling injectable oncology drugs of all-time. We announced a USD 30 million upfront, USD 190 million deal licensing the very same Halozyme technology platform BMS had signed. So, it was very much like taking two dates to the same dance and having them find out about each other. You’ve got to be really careful here. Deals are more than just numbers and financials; they’re actually people and you have to manage these situations. If you ignore people, egos get bruised, feelings get hurt, and you may find yourself without a date to the dance.

For us, it was about managing the people, letting everybody know that they were important, placing those preemptive strategic phone calls and letting all partners – new and established alike – understand Halozyme could take on the additional work created by not just one new deal but two.

The BMS deal was so material that they adjusted their EPS for three years on a go-forward basis – for 2017 and 2018 by approximately $0.01, and for 2019 by approximately $0.05 – and held a global press conference issuing a joint press release with Halozyme. If you’re ever fortuitous enough to have two deals contemporaneously cross the finish line with archrivals, it’s a great opportunity – but check that the complex web of stakeholders avoids any surprises. People don’t like to find out news about themselves in the papers; they’d much rather hear it from you. When there are many players involved, make sure you manage it correctly.

Pulling a deal across the finish line is no small matter, especially when you’re dealing with numbers like this. My advice is to embrace the opportunity and don’t try to time the deal. During my medical career, I delivered multiple babies in all sorts of environments, from well-prepared delivery rooms to unexpected places. It’s impossible to time a baby’s birth, so just get the baby delivered! With deals, it’s the same way. Deliver in the best possible environment, and if you happen to have twins, that’s one you won’t forget anytime soon.

Eisai Deal – How to make lemonade

Sometimes the best deal can be right in front of you – you just have to solve the other deal partner’s challenge. Eisai, a worldwide Japanese oncology company with USD 7B global revenue, has a drug called Eribulin – the brand name is Halaven – which held a third-line indication for breast cancer treatment in the United States. Eisai had a phase three trial read out where it went head-to-head with second line standard of care treatment and fell short by just days. We’re talking about missing the primary clinical end point by less than two weeks. There are a couple ways to react when reading these headlines. The first is to read it and forget it. The other is to try to apply it. And that’s what took place with us. We thought it was interesting because Halozyme had a biologic in phase three trials that alters the tumor microenvironment, allowing more drug to reach the tumor.

We approached Eisai with the idea of combining their drug, Havalen, with our drug, PEG-PH20, testing a development pathway for both parties in breast cancer. A lot of times deals don’t land in your lap or knock at your door. You have to become strategically opportunistic. In this case, a clinical trial outcome helped to set the stage for a cost-share clinical collaboration deal. Whenever you’re solving a deal partner’s problem and making their life easier, chances are you will discover greater traction.

When licensing, look for opportunities where you can solve for something that hasn’t been solved yet. If you can create value for the deal partner, your probability of closing improves. Bad news is not always bad news – sometimes it can be good. Halozyme had not formed a clinical development partnership with Eisai prior to this example; but a good story and strategic rationale opens doors and facilitates an expeditious closure.

Medtronic Diabetes – Be the local hero

The common belief that small deals take the most effort is true. But some small deals can give you incredible goodwill mileage and make you a local hero. When I was the Chief Strategic Officer at Medtronic Diabetes, we had the most advanced insulin pump and glucose sensor system in the world. We could use our system to test drugs and devices when other companies requested, and these were small deals in the neighborhood of USD 1-3 million. Our scientists conducted contract work with new technologies that weren’t on the shelf – investigational and most times not even published – and received payment for their services.

When you’re a principal scientist running a lab with six to eight people, receiving a million-dollar infusion really changes your budget for the better. Two things resonate strongly with scientists: 1) having the opportunity to experiment with new technology, and 2) being able to buy new pieces of lab equipment. You leverage both of these by working with companies who can bolster the department budget for your scientists deploying their specialized expertise, in this case the artificial pancreas. Later on, when you’re closing a big deal with other parties, like when we announced the Sanofi-Medtronic Joint Development Alliance, the scientists are already in your camp because of access to a better provisioned laboratory and cutting-edge external technology.

A lot of times as dealmakers, we concentrate on the shareholder value created, board directors, and our C-suite colleagues. However, sometimes you can also work directly for the scientists that form the backbone of the company. When it comes to the technical diligence you need, especially in a complex licensing situation or large M&A, having built rapport by providing R&D a service rather than always asking for things, lands extremely well. That can go a long way if you’re a dealmaker.

Currently, I’m the CEO and Chairman at the UCLA biopharma spinout Trethera. One of the observations you’ll make at a smaller company is that while the scale changes, you still need access to interesting modalities for drug research. For us, that’s the artificial intelligence (AI) applications that are now deployed to reduce drug development risk. It’s no longer good enough to simply shake things in a test tube and inject a mouse later; these days it’s a lot more technical, complicated and focused.

One action I took early in my Trethera CEO tenure was to sign a co-development collaboration with Kyan Therapeutics, a Singapore-based AI drug development company working on the cutting edge of fuzzy logic and algorithms. We did this in a couple of ways. A grateful patient approached us who had had his chemotherapy AI adjusted with Kyan – plus he happened to be a significant Trethera shareholder. He brokered a conversation between Trethera and Kyan that helped as we encountered the early speed bumps that come with every deal, especially when you’re a small company.

As a small company, it is likely that you have less cash than a larger firm, as a result you learn creatively how to get the same things like at a big company. We installed an option share incentive program with Kyan, in addition to providing a blend of capital for the agreed tasks. Linking a deal partner’s success to your company’s success via stock options helps get the project done. Now we’re able to do the work we need to do across multiple tumor types with a proprietary AI system predicting our success and streamlining our development path choices.

When you provide equity incentives to some of your closer partners, it gives them a greater ownership and the potential upside can be immense. Everybody’s looking for that hockey stick growth. Providing the hockey stick opportunity becomes a carrot that allows you to get things done in a cost-sensitive way, even opening up other unexpected doors. Kyan is now getting us further involved in the Asian health systems and has become one of our best thought partners in this challenging arena called drug development. Changing a vendor into a partner and a partner into a thought partner is something every small company should consider strongly.

Kyle helps corporate development, legal and finance teams on the West Coast to facilitate and secure their deal sourcing, M&A, and post-merger integration activity. He has experience working with West Coast corporations to build out strategies around big data analytics, distributed systems and machine learning at scale.