A plunge in prices has oil and gas dealmakers wondering if the industry will see a wave of bankruptcies and restructurings. 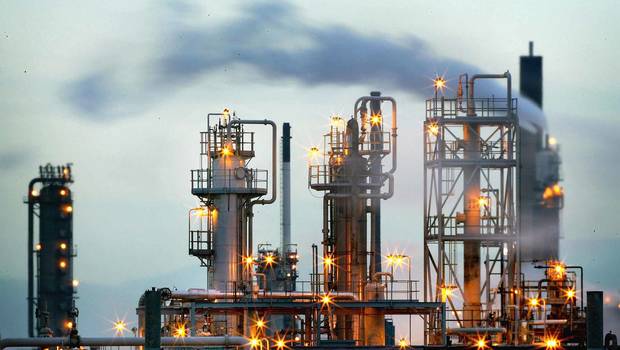 The recent steep decline in the price of oil has some wondering if a breaking point is coming soon for an industry already under stress from shifts in consumer sentiment and an increase in corporate environmental, social and governance (ESG) initiatives worldwide.

Now, with COVID-19, the disease caused by the coronavirus, unleashing havoc on the global economy, the oil and gas industry’s future is looking bleaker than ever. With “shelter-in-place” lockdowns across the globe drastically reducing not only travel between countries but also between home and work for many, the usual patterns of human movement have not been able to fuel adequate demand for oil and gas.

Due to an oversupply and diminished demand, on March 30, the price of WTI crude plunged to USD 20.09 p/b. For comparison, about a year prior on March 29, 2019, the price was USD 60.14 p/b. Q1 2020 was also the worst-performing quarter for the industry on record, with prices collapsing by half in just March. And, despite a brief rally due to President Trump’s tweets about supposed progress on a deal between Saudi Arabia and Russia, prices are still not expected to reach the break-even point anytime soon.

As the market undergoes adjustment, some players are expected to go bust, due to plunging demand as well as what is now becoming a run on storage space. Thus begins a race for who can hang on and withstand the intense pain the longest and survive as the fittest oil companies of all.

Prior to the emergence of the novel coronavirus, energy watchers had started to explore the possibility one day of a reckoning for the oil and gas industry on the horizon. As the quest for renewable energy and sustainable enterprises was taking off following reports from scientists around the globe warning about a climate catastrophe – with plenty of recent record high temperature, wildfire and hurricane evidence backing them up – some of the largest names in the industry were beginning to think about life, well, beyond petroleum.

Already several major players within the oil industry itself had begun transitioning toward a more sustainable image, beginning with several rebrands in Europe. There is, of course, the former British Petroleum, which underwent a couple of name changes following the Deep Horizon oil spill (plus a multi-multi-billion dollar fine), becoming better known as BP. The British oil, err, energy giant has moreover pledged to go “net zero” by 2050. And just two years ago across the North Sea, Norway’s Statoil transformed into Equinor.

More recently, the eruption of a price war and fight over market share between Russia and Saudi Arabia certainly did not do anything to reduce volatility in the sector. After failing to agree on cutting production during the coronavirus pandemic, the two countries began expanding production instead. Global prices plummeted.

All of this took place in the middle of COVID-19 rearing its head, which had already brought the global economy to a standstill. As the new disease made its way through different geographies, leaving uncertainty, anxiety and daily life as we knew it in its wake, the increased volatility led prices to their lowest levels in almost two decades. Airline bailouts and other such talk have been the topics du jour. But what does this mean for oil and gas firms, which have grown increasingly unpopular in the era of growing climate change awareness? Are bankruptcies and restructurings on the horizon?

The crunch has been particularly acute for the U.S. shale industry. After contributing to U.S. dominance in global energy markets during the post-financial crisis period, the sector is now no longer even in survival mode by scale, in what looks to be an imminent collapse of a market barely hanging on by a thread. Further, severe price deterioration due to the coronavirus was exacerbated by Russia seizing on an opportunity to put the squeeze on US shale producers at the same time that it was engaging in its price war with Saudi Arabia.

On the natural gas front, an oversupply combined with decreased demand due to less need of heating in warmer winters of late has rendered the sector similarly vulnerable to oil. Though less supply as a result of associated U.S. oil output now or soon out of production could help to boost prices somewhat, ultimately the extreme reduction in demand by companies (a.k.a. workplaces, many of which are currently shut down) and commercial users under lockdown have resulted in a drop in prices for natural gas as well.

Bankruptcies and restructurings begin to emerge

Unsurprisingly, bankruptcies and restructurings are expected throughout the industry. If oil and gas companies are not being squeezed out during a price war and battle over global market share between two giant players, then many expect to be as a result of dried up demand stemming from the impact of COVID-19, which is still continuing its daily tread. Both together will prove to be overkill for many.

Just in the last few days, U.S. shale producer Whiting Petroleum filed for Chapter 11 bankruptcy protection, becoming the first oil company to do so. Its shares on the NYSE have been suspended. Denver-based Whiting had cited the Russian-Saudi price war and the impact of the coronavirus for its need to undergo a restructure. And Whiting is not likely to be the last. A few weeks ago, Oklahoma City-based Chesapeake Energy Corp. reached out to restructuring advisors, according to Reuters. Numerous other firms that had levered heavily with small cash reserves now face mounting costs just to exist day-to-day.

In addition to anticipating a wave of bankruptcies and restructurings, some observers have also started to wonder about the future of oil and gas M&A. While the potential price tags for many assets will no doubt be enticing for some looking to acquire, some targets may not look to sell in such a desperate market. Those left with no choice and in severe debt may just head to bankruptcy court to try to stem further damage to assets. Further, aside from the immediate market shocks taking place, there is also the looming existential threat coming from concerns over climate change and evolving consumer habits over the long run. After all, if the appetite for oil and gas is expected to peak in a decade, can one reasonably say what it might be worth at this point?

Investment Prospects for Hydrogen in Germany